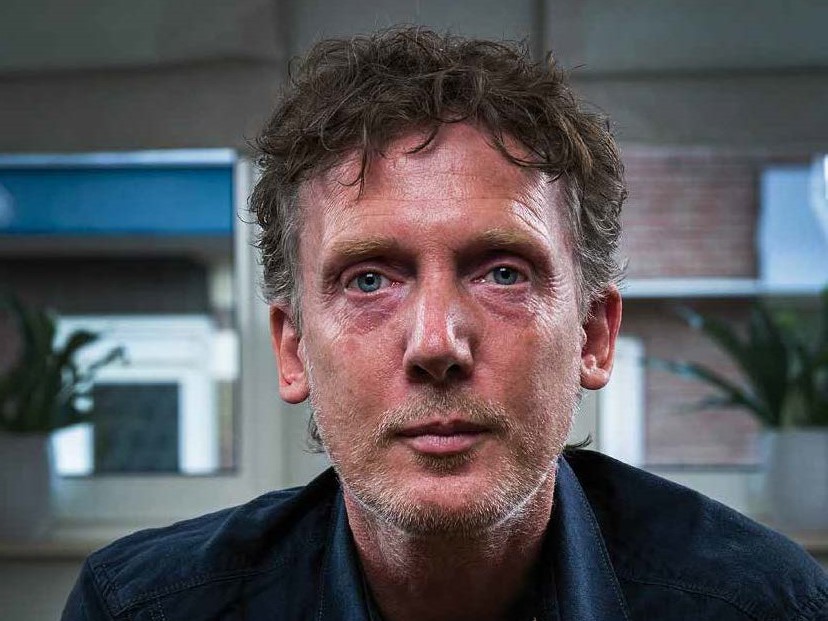 Wilbert Rutten was diagnosed with bakers’ asthma after working as a baker for 32 years. He had to stop doing the job he loved.

Wilbert Rutten was diagnosed with bakers’ asthma after working as a baker for 32 years. He had to stop doing the job he loved.

Can you tell us a bit about your work as a baker, and when you first started noticing something was wrong?

I do sometimes miss the work, but I value my health more!

I was in my early thirties when I noticed that I was getting short of breath, particularly when I was kneading rye bread. A lot of dust is released during this process. My eyes itched and I was constantly sneezing. I was wheezing at night in bed. At some point I began to suspect that I was allergic to the products I was working with, but I buried my head in the sand. I had grown up in the baking trade. I didn’t want to leave it.

Even as a child, I was in and out of my father’s bakery. When I was 14, I went to work with him. I also completed a baker’s apprenticeship. When I was 23, my wife and I started our own bakery. Everything was fine, until my symptoms started just under ten years later. I considered all the possible solutions. For example, I got my employees to knead the rye bread from then on. We switched to dust-free flour and used vegetable oil on the workbench to prevent dust.

This enabled me to carry on working for a number of years. These measures helped a little, but not completely.

After 21 years, we sold the bakery. This sale did not mark the end of my symptoms. I went to work as a test baker for a raw materials manufacturer of dough improvers.

Did your symptoms change in your new job?

I found myself once again working with substances that I couldn’t tolerate. My health deteriorated. I thought I could solve the problem by working fewer hours, but at some point that stopped making any difference. I became really ill. I was really short of breath and sneezed constantly.

But the worst thing was that all my energy had gone. I was so tired. It was as if all the stuffing had been taken out of me. A day’s work felt like running a marathon. I could barely summon up the energy at home to keep on top of the garden or let the dogs out. There was nothing left in the tank!

I had to do something about it. I went to my employer and explained the situation. I also went to see an allergist and a pulmonologist. I was given a diagnosis of ‘baker’s asthma’.

It appears that I was allergic to around fifteen substances and reacted most severely to rye, meal and flour. The specialists advised me to look for other work.

We came to a mutual decision that my contract would not be extended. That was difficult, but I also felt relieved. It just wasn’t working. It was time to stop.

Were you able to find alternative work?

I was 46 and we had been thrown into an economic crisis. Hardly the ideal circumstances for looking for a new job, certainly not for something outside my field. Fortunately, I received great assistance from various bodies. The medical officer at UWV (the Employed Persons Insurance Administration Agency) gave me some time to consider my options for retraining. I was given statutory sick pay for eight months. The Sociaal Fonds Bakkersbedrijf (a social fund for the baking industry in the Netherlands) put me in touch with Kans, an organisation that supports people getting back into employment. Assisted by this organisation, I looked at how I could retrain.

I ended up training as a neuro-linguistic programming practitioner and am now working towards my Master’s degree. The training was funded by the Sociaal Fonds Bakkersbedrijf. I’m now working as a higher education careers advisor/youth coach for a social welfare organisation.

How does your asthma affect you now?

All in all I feel a bit better, although the asthma remains. If I talk for a long time, for example, I get short of breath. My lungs are permanently damaged. For many years I didn’t listen to my body, and this is the price I’ve paid. I’m happy with the switch that I was able to make.

I’ve found something that I find equally satisfying. I do sometimes miss the bakery, but I value my health more!

Take the ‘Your Lungs at Work’ quiz if you are worried your workplace might be affecting your lung health or breathing,. You can also read our factsheets about different working environments, including bakeries.