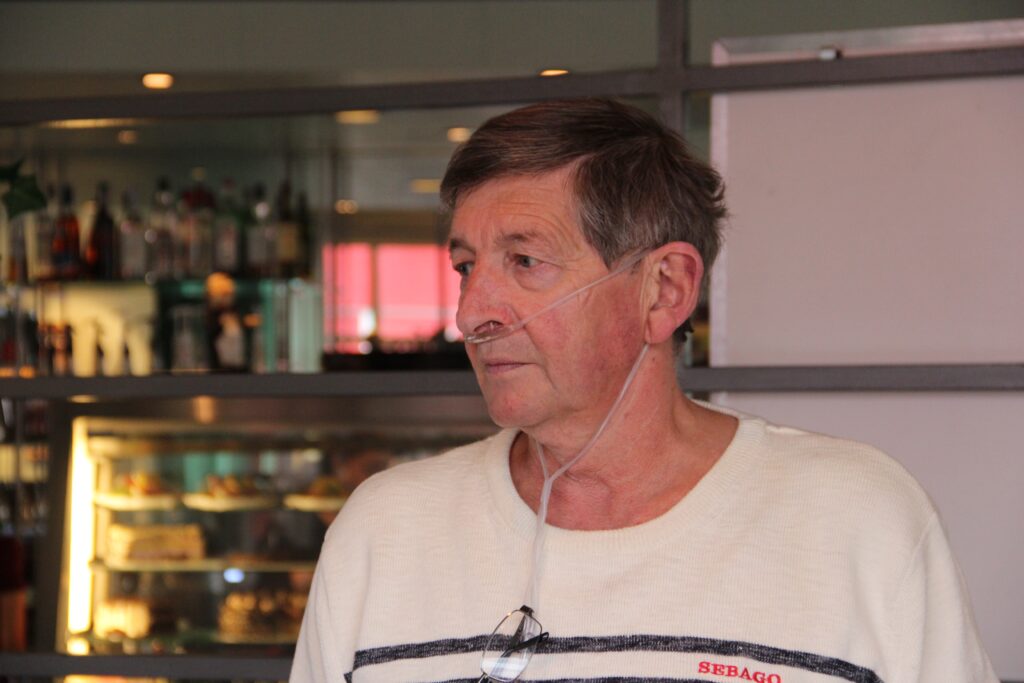 An Interview with Kjartan Mogensen, Chair of Samtök lungnasjúklinga (the Icelandic Lung Association)

In this interview with Kjartan Mogensen, Chair of the Icelandic Lung Association, we asked him about his organisation, how they support people with lung conditions in Iceland, and his presentation at the upcoming ERS International Congress.

First, could you introduce yourself? How did you become involved with the Icelandic Lung Foundation?

My name is Kjartan Mogensen, I am 72 years old and a retired landscape architect. After being diagnosed with COPD 8 years ago, I joined the Icelandic Lung Association four years later. The organisation was founded 21 years ago and has approximately 550 members.

In my working life, I always delivered my projects on time. However, after a bad period two years ago where I was in and out of the hospital, because I also have a heart problem, I stopped working as I struggled to keep up with work. I suddenly found that I had more time on my hands; I was used to working 8-10 hours per day, so I got heavily involved in the Icelandic Lung Association. I became the chair after our former chair passed away quite suddenly.

What are your main goals?

To my mind, the primary mission is education in a broad sense for patients and their families. The main issues are about the conditions, physical activity, patients’ rights within our healthcare system and the importance of participating in everyday life as a member of society, just to name few things. We tend to encourage people rather than do things for them. We tell people about places they can exercise, and give directions on where to go and what to look for if they are seeking professional help.

Does the Icelandic Lung Foundation have any activities or campaigns coming up that you would like to highlight?

We hold a meeting once a month, which might be educational or more social. We feel that laughing is a very important thing in life, and we have all kinds of entertainment at our events: singers, performers, and instrument sessions, such as playing the harmonica, which is a very good exercise for the lungs, even though the sounds that are emitted are not always that great. When people with similar illnesses come together, you always pick up things that you did not know about.

Some of us go to a rehabilitation centre every 6 weeks to tell people diagnosed with COPD about us and to encourage them to join our association.

We are also thinking of communicating with people outside of Reykjavik by using Skype or something similar so they can participate in our meetings.

What are the main issues affecting people living with lung conditions in Iceland?

Probably the fact that we are a population of only about 340,000, living in a fairly large country – 103,000 km2. Half of the population lives in and around Reykjavik, the capital, while the other half is spread around the island, mostly in small villages. That half very often lack proper medical care for people with COPD. People are often diagnosed later in life, and it is very tough to move away from your hometown just because you have an illness.

Air travel is also a huge problem for people with lung diseases in Iceland. We are a remote island, so it is the only way to get in and out. Most airlines do not provide oxygen on board; you have to bring your own oxygen concentrator, which is a problem for people like me as I only have 33% lung capacity. I have to use a tank and only one airline can accommodate this.

There is a lack of portable oxygen concentrators which is something we have to change. Not enough money has been put into the state healthcare system for this, so we are in a situation where there are about 120 oxygen concentrators available, but we have over 500 members. It is not necessarily all of them who require a concentrator, but many do. This is therefore a big aim for this year and the near future: to get more oxygen concentrators because they can really change your life. We had a meeting with the Minister of Health about this in the spring and we are having another one this autumn. I would like to push this to another level; I am confident that we will be able to get this issue within the media and use that kind of pressure on the government.

You will be joining us at this year’s ERS International Congress in Paris next month to speak in a session for healthcare professionals. What will you be talking about?

I will speak about my own experience of increasing breathlessness over the past decade and having been totally oxygen dependent 24 hours a day for the past 3 years. And I will conclude by giving my thoughts on how to continue living and participate in society in a meaningful way in spite of a long-standing chronic illness.

This year’s Congress will be the first for the Icelandic Lung Foundation. What are your expectations for the meeting, and what are you hoping to get out of it?

I hope that we will make lasting contacts with COPD people and/or groups from other countries and learn about how they function, what their goals are for the future, and so forth. I hope we will get first-hand knowledge of most of the newest methods of treating COPD and thus be able to compare those methods to what we get in Iceland.

Do you have any other priorities you would like to mention?

I would like to see more emphasis on both physical and psychological aspect in the treatment of people with COPD.

Far too often I talk to people or hear of people that do not go out of their home because they have to carry portable oxygen concentrators – sometimes out of shame or embarrassment. They stop exercising, their muscles deteriorate, and the body is less able to utilise oxygen. I would like to change this attitude.