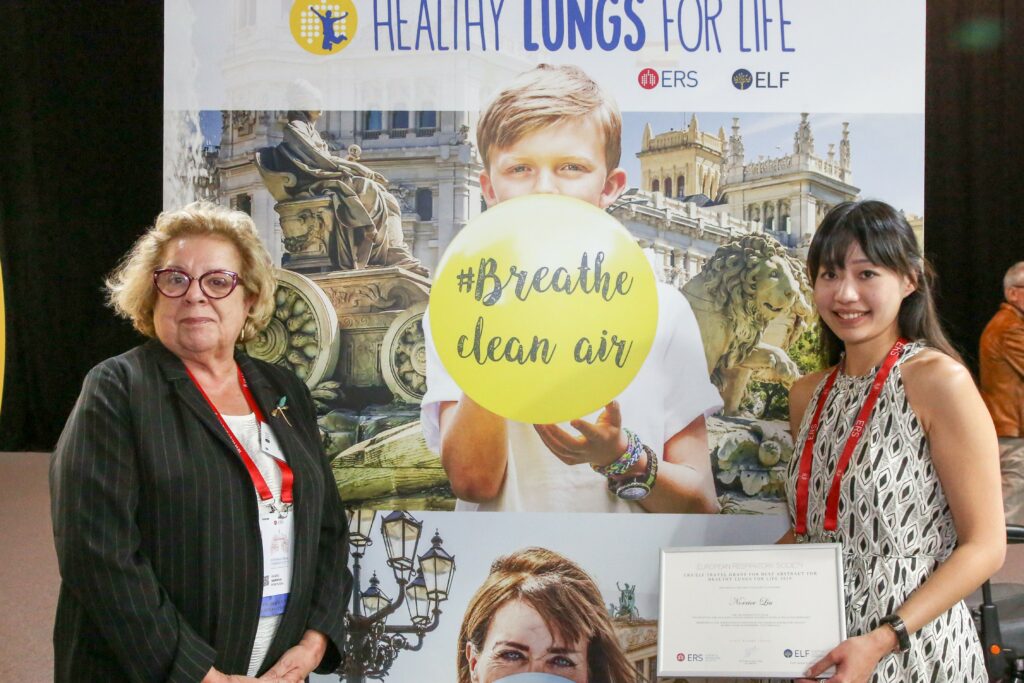 Dr Liu talks to ELF about her research on children’s exposure to black carbon, and what we need to do to tackle air pollution.

Dr Norrice Liu is a researcher at the Queen Mary University of London and this year’s Healthy Lungs for Life Grant Award winner. In this interview, she explains her research on children’s exposure to black carbon, and what individuals and governments can do to tackle air pollution.

Dr Liu also sat down with us for a video interview on the effects of air pollution on lung health.

Can you tell us about your experience of the ERS Congress?

It was a great event, and I learned a lot and met a lot of different people.

The highlight for me was presenting my research in a session on air pollution. I was asked some interesting questions and made some useful contacts from the talk. This session also included research from different parts of the world, so I was able to hear some really interesting ideas about research that’s similar to my own.

Can you tell us about the research you presented?

My research looked at the potential for air purification in schools to reduce children’s exposure to black carbon (soot particles), which is a major air pollutant.

We followed a group of 23 children and asked them to carry around a portable monitor for two school days. The monitor sampled the air the children were breathing. We found that although the children only spent a small amount of their time outdoors, they were exposed to quite a large amount of black carbon during that time.

Air purification indoors is likely to have a very small effect on children’s overall exposure, because levels of black carbon are typically much higher outdoors.

How can we better protect children from air pollution?

There are more things that governments can do to reduce air pollution on a national level. For example, local governments can plan cities to include better cycling routes and bigger pavements to encourage people to walk, cycle or scoot rather than drive. They can also develop policies to encourage people to replace heavily polluting diesel engines with electrical cars or other alternatives. Low emissions zones in cities could also be expanded.

On an individual level, people can choose to walk or cycle rather than drive. If you are walking, think about whether you can take a back street rather than a busy road so that you are exposed to less pollution. If you have got a condition like asthma, make sure you check the pollution forecast, so you can avoid strenuous exercise or make sure you have your inhaler when the pollution is high.

What are your thoughts on the Healthy Lungs for Life campaign?

I think it’s a very important campaign to raise awareness of the ways we can protect our lungs.

Air pollution is particularly important because, although it’s discussed a lot in the media, I don’t think people are always aware of how much damage it can cause. If we can get the word out and educate everyone, then together we can make our air cleaner.

View our infographic on air pollution