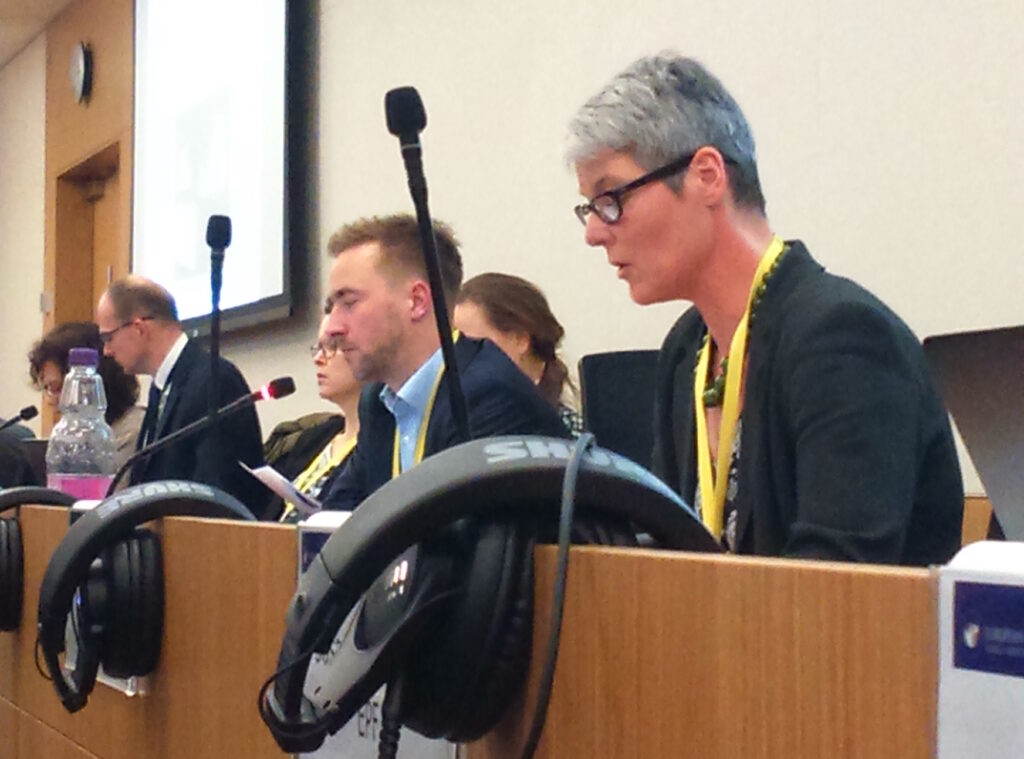 ELF attended an interactive training day and patient organisation meeting at the European Medicines Agency to learn about how and when patients can take part in their activities.

ELF attended an interactive training day at the European Medicines Agency (EMA) on 25 November to learn about how and when patients can take part in EMA activities throughout the lifecycle of a medicine.

The EMA is a decentralised agency of the EU, located in London. It is responsible for the scientific evaluation of medicines developed by pharmaceutical companies for use in the EU.

The training provided information and hands-on experience about how medicines are evaluated at the EMA and how patients are involved both in the processes leading up to authorisation of a medicine as well as in the marketing of it once it has been authorised.

The involvement of patients is key, adding a ‘real-life’ perspective to scientific discussions and their involvement includes:

We nominated a representative from Stowarzyszenie Walki z Rakiem Płuca, a lung cancer patient organisation in Poland, to attend with us and they said:

“I found the training very useful. The knowledge will give us the ability to discuss with other stakeholders with much more confidence and will enable us to influence the procedure of drug implementation in the parts that can be influenced by patients.”

The meeting included an overview of patient involvement in the EMA, which, during 2015, had seen an increase in patient organisation representatives in their activities and a greater number of patient speakers at workshops and conferences.

Several presentations were given including one by Kerstin from ELF about the European Patient Ambassador Programme (EPAP) which generated interest and questions from attendees.