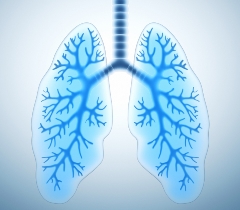 New research finds that using oversized donor lungs can increase the patient’s chances of survival by 30 per cent.

Transplant teams have long tried to match the size of donor lungs to the size of the recipient as closely as possible, with concerns that lungs of the wrong size could lead to poor lung function and poor outcomes. But new research from the USA suggests that oversized donor lungs may be the best option for patients, with a 30 per cent increased chance of survival one year after the operation.

“Our study tells us that if we were to routinely transplant larger lungs into patients, we could potentially make a real impact on survival. And that’s the goal of research,” says Christian A. Merlo, a lung transplant expert.

“This study tells us that rather than looking at things like age or height, you have to look at each patient very carefully and determine what their lung capacity is,” says Ashish S. Shah, surgical director of lung transplantation at The Johns Hopkins Hospital Shah. “There may be children who could take adult lungs that would be oversized for them with a good result. And there may be small adults who would do well with paediatric lungs.”