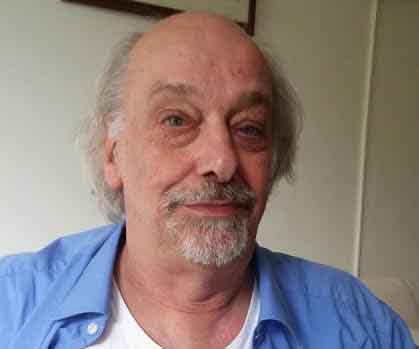 Ruud van der Colk is a film director and producer from the Netherlands who has chronic obstructive pulmonary disease. In this interview, he tells us about how he has had to adjust his life since his diagnosis and why he is using film to help raise awareness about lung conditions.

Could you give a brief introduction to yourself and your work?

I’m 65 years old now. Many years ago, I worked as a teacher, which was very nice. 6 years later I co-founded Greenpeace in the Netherlands. After 2 years as a campaigner, I discovered that working in the world of television was a good outlet for my creativity.

Over the last 30 years I presented, edited and finally directed lots of small and large TV shows, specialising in human interest programmes. However, because of my lung condition, I am now unable to do everything I used to do, which is hard to accept. But there are still a lot of possibilities for me to work with interesting people and make programmes telling their stories.

You recently completed a pulmonary rehabilitation course. How did this come about, and how did you find the experience?

My lung doctor sent me to Ciro, a rehabilitation centre for people with lung conditions in Limburg, the Netherlands. Ciro is a great place with dedicated and knowledgeable people, but while there I had a serious exacerbation of my chronic obstructive pulmonary disease (COPD), which was really bad luck. So with the time I had at the centre, I was more concerned with recovering from that instead of building myself up. But it was good to be working on building up my body and to share my experience with other people with lung conditions.

Why did you decide to document your pulmonary rehabilitation journey in your film, Less Air Less Life: The Consequences of COPD?

When I was in Ciro I heard a lot of often sad stories from the other people there about how their lives had changed since their illness. I decided to record their stories, because I think it is good for everybody to know about what could be a different and difficult future. The documentary could be a window into what the results of not protecting your lungs.

Your film handles a lot of the emotional impacts of having a lung condition. Could you quickly talk about this?

It is useful for family and friends to learn about the ways in which a lung condition can dramatically change a person’s life. When healthy people know the consequences of a lung condition, they can bear them in mind and support the people living with it. Unfortunately, a lot of people with lung conditions do not talk openly about their struggles, so I hope the documentary helps them to talk about it with friends and family.

What was the most important thing you learned during pulmonary rehabilitation?

I think the most important thing to learn is to accept the condition and the consequences. It is important to realise that you cannot do all things you did before, but that you also cannot give up. When you train your body and give yourself longer to do things and take breaks, you can still have pretty good days and a future.

Do you have any advice for someone with a lung condition who might be considering pulmonary rehabilitation?

Watch my documentary and try to talk about the consequences of your condition with close friends – they can really help you. When you are walking together, they can adjust their pace, and they can carry heavy things for you. Do not feel ashamed by asking for help to make your life easier: you need all your energy for yourself!

Living with a serious lung condition can be much better when you never give up and make plans with the talents you have! In any case, it gives me a lot of energy!

What do you plan to do next?