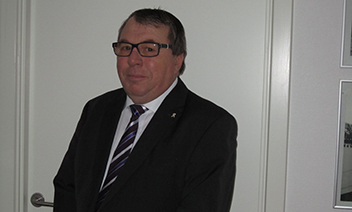 Mogens Ekelund chairs Lung Cancer Europe (LuCE). In this interview, he offers an introduction to LuCE and its activities, and provides some insight into LuCE's involvement in ELF's lung cancer patient priorities project.

Mogens Ekelund chairs Lung Cancer Europe (LuCE). In this interview, he offers an introduction to LuCE and its activities, and provides some insight into LuCE’s involvement in ELF’s lung cancer patient priorities project.

Can you tell us about Lung Cancer Europe (LuCE) and your area of work?

Lung Cancer Europe (LuCE) is the voice of lung cancer patients, their families and survivors at a European level. LuCE provides a European platform for the lung cancer patient advocacy groups that already exist, and supports the establishment of new national groups in the European countries where such groups do not yet exist. LuCE aims to raise awareness about inequalities in accessing lung cancer treatment and care in Europe. Moreover, it advocates European policies that will lead to improvements in lung cancer prevention, early detection, treatment and care. LuCE also supports national patient groups in helping raise awareness of lung cancer among the European public.

How did you become involved in lung cancer advocacy?

In 2009 my wife was diagnosed with non-small cell lung cancer, which led to us being in contact with the Danish Lung Cancer Organisation. Over time I became more and more involved in this organisation, primarily in the area of administration as a business manager.

Just before my wife’s death in October 2011 I retired after 32 years of working at the Danish Railway as a purchase manager, and felt that I needed and could do more for all the lung cancer patients.

What are the current priorities of LuCE?

LuCE is involved with ELF’s patient priorities project on lung cancer. Why did you feel that it was important to get involved with the project?

This project aims to find out what the priorities of patients are, in order to let their voice be heard in the decision making. Historically the voice of people with lung cancer is a very soft one that is often not heard, despite the fact that it is the biggest cancer killer. Therefore we feel it is very important to make ourselves to be heard.

What do you consider to be the greatest challenges in the fight against lung cancer?

We had our launch event in Brussels last November. I am so proud that we managed to organise this in only 6–8 weeks. You can only do things like that when you have a board that is dedicated to patient advocacy. I look forward to our next project, which will take place at the European Lung Cancer Conference on 15–18 April.

Many countries do not have lung cancer patient organisations. If you know of such an organisation in your country please let us know, or if you would like our help to establish one in your country, we are very willing to support you!