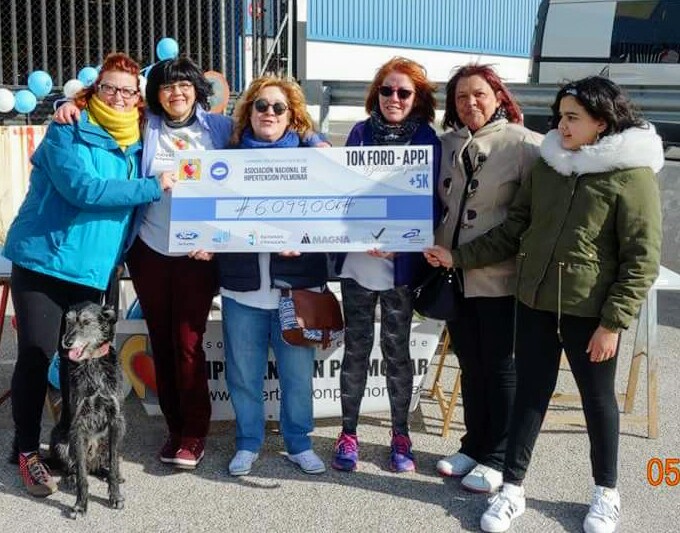 Read below to learn more about some of the activities patient organisations in Europe have been carrying out over the last month.

Time is precious to all of us, but can be even more so to people with pulmonary arterial hypertension (PAH) patients, especially in countries where treatment is restricted. With this in mind, the Pulmonary Hypertension Association (PHA) Europe has launched their #TIMEMATTERS campaign.

Four patient associations asked patients or carers to make short videos and write blogs about different themes related to time. Each video is subtitled in more than 15 different languages and shared among PHA Europe’s member associations. This gives the videos and blogs a big reach and helps to create awareness of the conditions and how it affects people’s lifestyles.

It is striking to see how similarly the patients experience their problems even though they come from different corners of Europe.

United Action for Allergy and Asthma

The European Federation of Allergy and Airways Diseases Patients’ Organisations (EFA) and members attended the policy symposium “United Action for Allergy and Asthma” at the European Parliament in Brussels, marking the launch of a political call to action and a pan-European advocacy campaign.

Leading MEPs, EU policymakers and other stakeholders were discussing the benefits of prevention, good practice examples in addressing allergy and asthma and how to drive improvement in the policy response both at EU and national levels.

Motorcycle rally for tuberculosis in Romania on World Tuberculosis Day

At the end of March, the Romanian Tuberculosis (TB) Patients Association (ARB TB) organised a motorcycle rally with the slogan “Tuberculosis is on the street, learn how to protect yourself” on World TB Day 2017.

The event was a success and 50 motorcycle riders from 10 different moto clubs attended, bringing attention to this devastating condition. Representatives of the World Health Organization and the “Marius Nasta” Institute in Bucharest were also present. The event was also covered by national television and radio stations.

At the end of March, the Association pour la fibrose pulmonaire idiopathique (APEFPI) organised an information meeting on idiopathic pulmonary fibrosis (IPF) with healthcare professionals from the University and Research Hospital Limoges.

The meeting included people with IPF and their carers and was very successful.

Parents of children with bronchiolitis and asthma in Madrid were given the opportunity at the beginning of April to receive some training on the conditions.

The course was organised by Asmamadrid and was aimed at parents, who attend with their children, teachers and anyone else interested in children’s lung health.

First meeting for people with sleep apnoea in Palermo

The Italian sleep apnoea association (AAI) ran its first patient meeting in southern Italy, in Palermo, at the end of March.

The meeting was formally opened by a speech from the mayor of the city and was attended by specialists in the field of sleep apnoea, who gave presentations on the latest research.

The Asociación Nacional de Hipertensión Pulmonar organised a number of events recently. One of the events was a solidarity run in memory of Maria Moreno, who had PAH, on 5 March.

The run raised €6,099, which will be used to improve the quality of life for people with PAH.

The Breathe Easy group Westminster, part of the British Lung Foundation, is urging people with lung conditions to contact their MPs about improving diagnosis, treatment and care for people with a lung condition and investing some money into supporting people to manage their condition safely at home.

Top tips on saving money with asthma in Australia

National Asthma Council Australia Director and pharmacist, Stephen Hughes, recently said that asthma costs can be a significant monthly burden as medications have to be taken regularly. However, he believes that asthma can be kept under control with less of a bite being taken out of the pocket.

Last year, ‘The Hidden Cost of Asthma’ report by Deloitte Access Economics showed that people with asthma took two more sick days each year than the average worker. The report calculated that carers for those with asthma lost $72.9m in wages in 2015.

Mr Hughes recommended that Australians with asthma ask their pharmacist for advice on how they can maximise the benefits of what they are paying for.