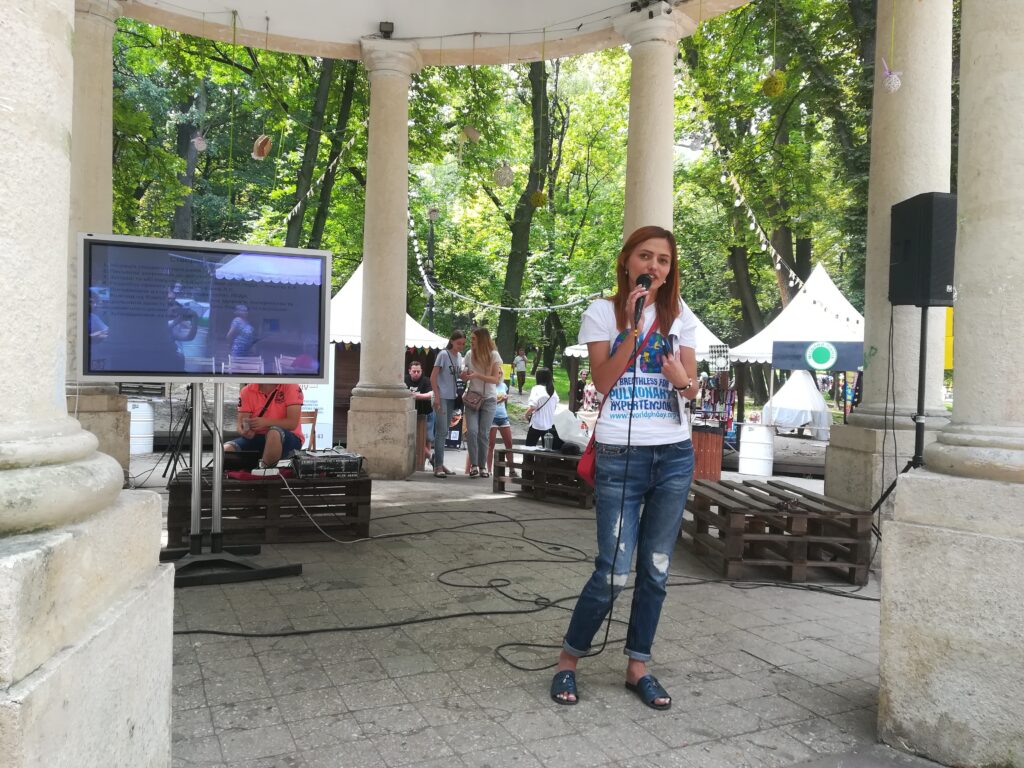 Read below to see how patient organisations throughout Europe and beyond have been advocating for lung health in the last month.

CF Sister Dalila and PH Association participated in a “Picnic for NGOs” in Ukraine. During the event, the organisations had chance to talk about the complicated path and challenges relating to the implementation of a regional program providing PH patients with valuable and necessary medicines. The “Cork for Life” fundraising campaign was also highlighted.

In Ukraine, cooperation and communication between NGOs and local authorities is very important and this event was a pilot to encourage informal communication on important themes. The picnic was also attended by media representatives. CF Sister Dalila and the PH Association would like to thank the Lviv Fairs and the Lviv City Council for organising such a useful event.

Walking the Camino Way to raise awareness of Alpha-1

Alfas en Camino 2018 will gather 100 patients, relatives and carers of people with Alpha-1 antitrypsin deficiency for a walk organised by Alfa-1 Spain. They will walk between Sarria and Compostela from 26 August to 1 September to raise awareness. Both children and adults will take part and there will be adapted routes for those who need supplemental oxygen.

Improving asbestos legislation in the Isle of Man

On the 21 and 22 June, John Flanagan and Helen Lister of Merseyside Asbestos Victims Support Group (MAVS) visited the Isle of Man to meet with a representative from the union Unite and ministers from the Isle of Man government. The meeting involved a discussion on ways to improve legislation to protect victims of mesothelioma and asbestos-related lung cancer on the island.

The Aspergillosis Trust has produced two posters for the European Respiratory Society (ERS) Congress in Paris on 15 – 19 September 2018. One promotes awareness and early diagnosis of Aspergillosis. The other is a word cloud of what Aspergillosis means to patients. Posters will also be distributed to GP surgeries, pharmacies and hospital respiratory departments.

“I was so thrilled to hear the positive feedback from patients and families as they left, especially to know that they left feeling better informed, listened to, and with hope for the future”.

Liam Galvin (ILFA and EU-IPFF) was interviewed by Longfibrose for their personal stories website.

His wife died in 2014 of IPF and before she died she asked him to continue her work for the ILFA. Since then he has been involved in many national and international projects to raise awareness and change policy where possible.

The Global Allergy and Asthma Patient Platform (GAAPP) has been working on several initiatives this month. The Define Your Asthma Campaign is a Facebook campaign that brings awareness to asthma being a spectrum of disease and is also a severe asthma educational campaign led and coordinated by GAAPP.  To get involved, join the Facebook page.

GAAPP is also leading an initiative called Patient Understanding Leading to Severe Asthma Referral (PULSAR). Its aim is to develop and disseminate a global patient-centred definition of severe asthma.

GAAPP will also host a nurse meeting for Atopic Dermatitis (AD) nurses in Paris on 13 September. The purpose of this meeting will be to review an outline of the role of nurses in AD and draft a white paper for publication later this year highlighting global best practices. This is an invite-only meeting.

Pulmonary Hypertension was in the spotlight in Spain this month. During a very famous television quiz in Spain called BOOM, one of the members of “The Wolves” team (who have been in more than 190 episodes and won more than 1 million euros) was wearing the T-shirt of the Asociación Nacional de Hipertensión Pulmonar.