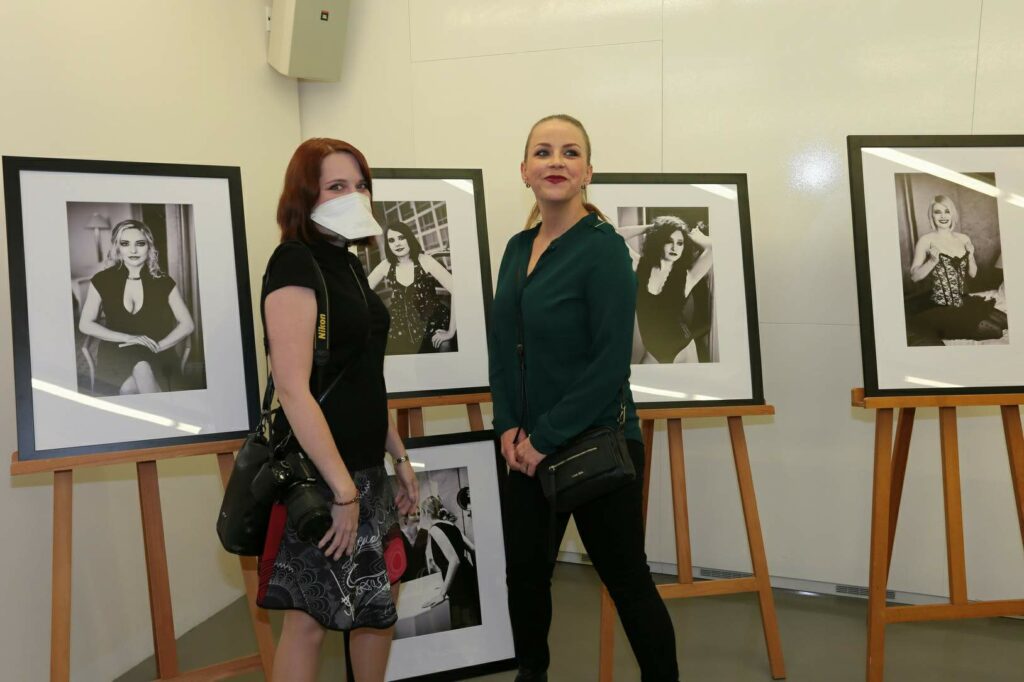 As well as celebrating World COPD Day last month, patient organisations have been working hard to raise the profile of lung conditions recently.

As well as celebrating World COPD Day last month, patient organisations have been working hard to raise the profile of lung conditions recently.

Picture: One of the ‘Salty Women’ photography exhibitions organised by the Czech Association for Cystic Fibrosis.

The Czech Association for Cystic Fibrosis (CF) organised three exhibitions featuring photographs of women with CF in Prague in November. The exhibitions, which were very well attended, were set up to raise awareness of CF and what it is like living with the condition. Two more exhibitions for December are planned.

In addition, the association organised a Christmas concert to raise awareness of CF and give out educational information.

Respiralia Foundation has received the Gold Medal of the City of Palma, the highest distinction awarded by the city, for its tireless work to improve the lives of children and young people with CF in Mallorca.

Fiona Copeland, Chair of the Primary Ciliary Dyskinesia Family Support Group UK, spoke at the British Thoracic Society Winter Meeting on the patient perspective of genetic studies within clinical practice. Using her own ‘genetic story’ of having two children with primary ciliary dyskinesia (PCD) and a husband with a degenerative eye condition, Fiona highlighted how genetic medicine could help her family.

She believes that genetic medicine and initiatives such as the 100k Genomes Project will help with the earlier identification of lung infections. This could allow people to take appropriate antibiotics earlier – and, over a longer period, genetic medicine may help regrow cells and reverse damage.

Patients invited to opening ceremony of new centre of excellence

The launch of the first European Confederation of Medical Mycology Excellence Centre in the UK will take place at the Mycology Reference Centre Manchester in partnership with the National Aspergillosis Centre at the University Hospital of South Manchester.

Patients are invited to the ceremony which takes place on 11 January 2017 at 9.00am–1.00pm in Manchester. The free event includes a talk by a patient, experts’ talks and lunch.

Melbourne, Australia recently had a very serious thunderstorm asthma epidemic, which led to 8,500 people having to go to hospital, eight deaths and all the emergency services being overwhelmed.

In response, the National Asthma Council Australia put together a press release with advice for the future.

FFAAIR in France has launched a competition to design an anti-tobacco slogan. The winners will be announced on World No Tobacco Day on 31 May, 2017.

The Czech Civil Association Against COPD worked with the Czech Pneumological and Phthisiological Society to organise lung function testing and a conference discussing the impact of COPD on society on 15 November.

There was a series of 15 public lectures on 25 November for World COPD Day in Prague. The lectures were followed by a roundtable discussion with doctors and patients to exchange their views on the events over the year and to make an action plan for 2017.

The Breathe Easy Westminster Group in London celebrated World COPD Day with the respiratory team at St Mary’s Hospital with a stall in the hospital foyer. Plans for future lung function testing events were agreed and the team will also visit the Breathe Easy group on 16 January to give talks at one of their regular meetings.