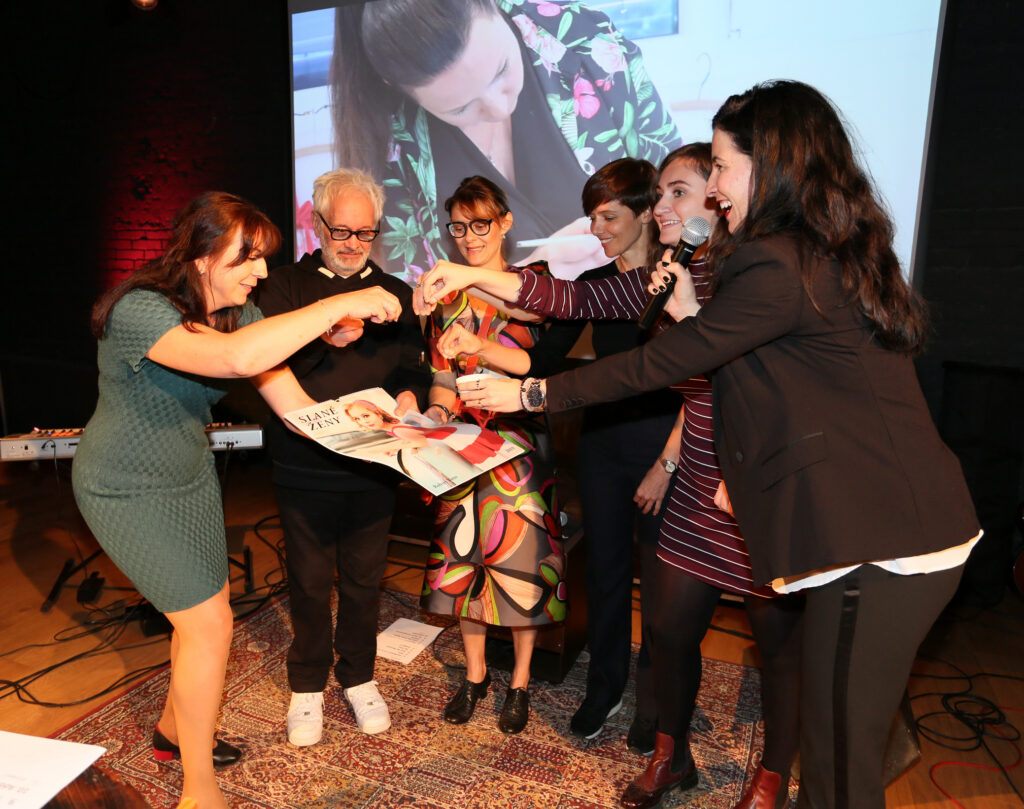 Over the last few months, patient organisations have been busy supporting and advocating for people living with lung conditions throughout Europe. Read below for a summary of some of these activities.

Picture: The launch of the 2019 Salty Girls calendar, which is raising money for and awareness of cystic fibrosis

The Salty Girls project has launched their 2019 calendar – featuring photos taken by Slovak photographer Robert Vano – which aims to show the true beauty of women fighting cystic fibrosis, as well as raising funds.

The launch event included a ‘baptism’ by salt and a photo auction which raised around 6100 euros and received TV, radio and print coverage.

This year the Alpha-1 Foundation Ireland held their annual  conference on Friday 12 October  – and in spite of disruptions caused by Storm Callum, over 50 patients and family members from  across Ireland attended. National radio and television broadcaster Joe Duffy introduced this year’s theme ‘Family Matters’, chosen to highlight the importance of getting tested if a relative has been diagnosed with this genetic condition.

This year’s Alpha-1 Children and Youth Day took place in Gera, Germany, welcoming 32 children between the ages of one and 16 and 34 parents and carers. This was an opportunity for young people to (re)-unite and it was very encouraging to see so much engagement.

Improving follow-up care for people after a hospital stay

The Italian association for rare lung conditions RespiRARE has welcomed Giuseppe Spadaro as their new president.

The Aspergillosis Trust has launched a calendar with gardening scenes. These raise awareness to wear FFP3 filter masks when gardening, to avoid inhaling excessive amounts of fungal spores from rotting plants, compost or bark chippings – one way of developing aspergillosis.

Lovexair was a partner in a Nordic Walk, held in Hospitalet de Llobregat, Barcelona, to build awareness and encourage people with asthma and COPD to keep active. This was part of the #RespiraresVida campaign which has activities throughout the year.

Lovexair was also asked to moderate a panel discussion at the Connected Health Conference in Boston from 17–19 October, 2018. The session was titled ‘The Digital Opportunity in Rare & Complex Disease’ and was organised by the Personal Health Alliance, and Lovexair were there to ensure that the patient perspective would be included.

Primary Cilia Dyskinesia (PCD) Family Support Group families were delighted to attend the first Scottish PCD Awareness Day, hosted by Dr Pleasantine Mill and her team at the University of Edinburgh on Monday 29 October. It was a significant milestone for the PCD community, as members of the Scottish committee, patients, families, clinical and research experts, met to share their insights and experiences for the first time.

From 5 –10 November the LAM Academy- Sweden celebrated its 10-year anniversary. To mark the occasion, a number of talks about and LAM and LAM Academy were given.

Education events by COPDvzw during October and for World COPD Day

For World COPD Day on 21 November, they organised a bicycle event to encourage those with COPD to be physically active. In addition, they took part in a lung function testing event at the European Commission together with ERS and ELF. All employees were able to perform a free lung function test and COPDVZW were there to represent the COPD patient community.

A day of lectures (14 in total) was organised on 23 November in Prague for World COPD Day. The programme was primarily aimed at doctors and nurses, but it was also accessible and beneficial to patients and the general public.

As with last year, the lecture day was followed by a round table meeting of members of the Czech Civic Association Against Lung Diseases (ČOPN), with representation of both patients and doctors. Participants discussed 2018 events and made an action plan for next year.

The people of West Kerry in Ireland came out in force on Sunday 25 November to support local farmers taking part in a tractor run to raise funds for the Irish Lung Fibrosis Association and a local charity. It was a spectacular eveInnt that generated lots of media interest and helped raise awareness of idiopathic pulmonary fibrosis.

Storytelling about cystic fibrosis (CF) is a novel and interesting way of making CF known among young children. This event was held in a primary school with 8-year olds. Children were told how to support their friends at school with CF, as well as more general health messages about how to cough and wash their hands.