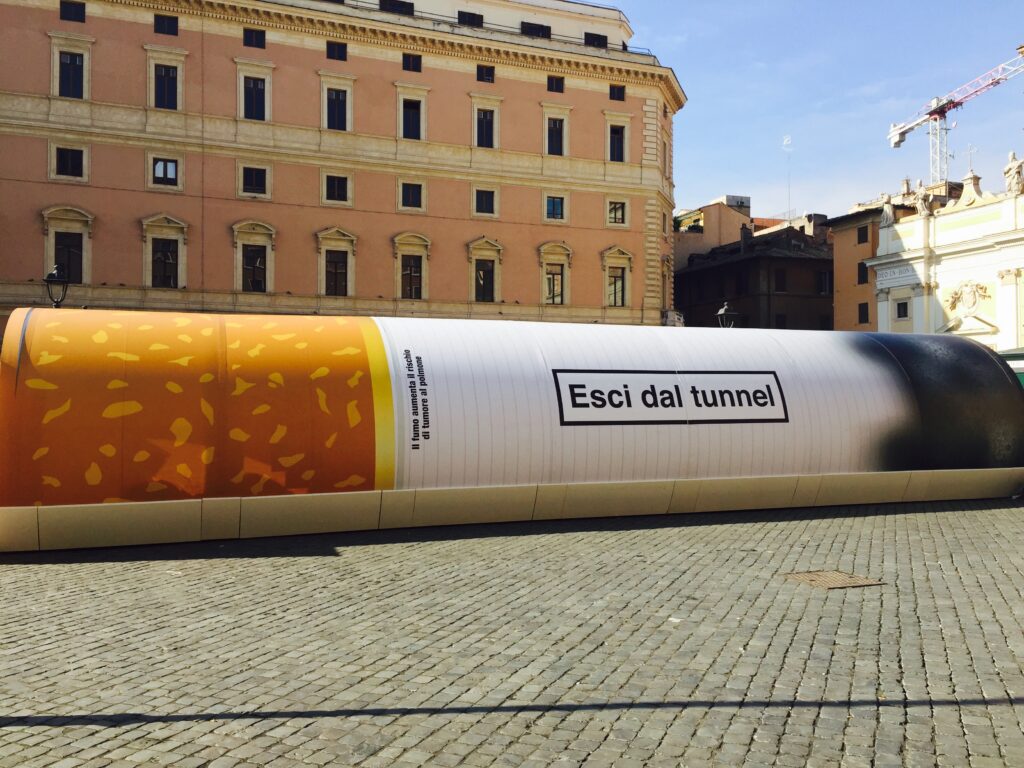 Read below to see what members of our patient organisation network have been up to during the last month.

Picture: WALCE’s “Go out of the tunnel – Don’t burn away your future” campaign

It was the first major project by the EU-IPFF – and a team effort of the 11 patient groups from nine countries that make up EU-IPFF, healthcare professionals and other patient groups, who lobbied hard to achieve this success.

The aim of the workshop was to abolish the label “may contain” as a precaution. This will help people affected by food allergies with more precise information given on food labels.

Andre Lassooij, lung transplantee and recipient of the ELF Award in 2015 is looking forward to starting his Life for Kids Bike Tour in August from Amsterdam.

The tour will include visits to children with transplants and hopes to highlight the importance of sport and exercise for their health. Andre’s tour will conclude on 31 October in Malaga.

Roundtable on funding for medication in Ukraine

Oksana Aleksandrova of the the Ukrainian Pulmonary Hypertension Association (PHA Ukraine) took part in a roundtable meeting on 7 July, to discuss issues of funding medication by the state budget through international organisations.

Representatives of the Ukrainian government confirmed that the procurement of much-needed medications will be implemented through international organisations, and they also promised to speed up the process.

PHA Ukraine has also co-authored national guidelines for the treatment of pulmonary arterial hypertension in Ukraine. The new guidelines have just been approved by the Ukrainian government.

As a very small organisation the Association pour la fibrose pulmonaire idiopathique (APEFPI) has had a busy year so far.

They have attended and participated in different international events and conferences, such as the ALVEOLE Congress in Lyon in March and the Therapeutic Education of Patients Congress (SETE) in Geneva in May.

APEFPI also contributed to the Written Declaration on Idiopathic Pulmonary Fibrosis and its adoption by the European Parliament.

Women Against Lung Cancer in Europe (WALCE) is preparing for the second tour of their campaign “Go out of the tunnel – Don’t burn away your future”.

Their campaign is being carried out in Italy and hopes to educate people on the risks of smoking. They aim to raise awareness about lung cancer among the public and in the media.

The campaign uses a large cigarette-shaped tunnel (pictured above), which is set up in the main squares of the cities involved and it is divided into different sections. People can get information booklets and brochures produced by WALCE, as well as have their lungs tested for free.

In Malta, MEPs, politicians, service providers, healthcare professionals, patients and citizens organisations have agreed to work together to address the common theme of pain.

This decision was taken during a stakeholders meeting held on 8 July in preparation for the Societal Impact of Pain (SIP) Symposium in June 2017, taking place in Malta during the Maltese presidency of the Council of Europe.

60th anniversary of Clean Air Act in the UK

The Breathe Easy Westminster support group in London, UK marked the 60th anniversary of the UKClean Air Act with an event on 30 June. The event aimed at discussing solutions and to make a stand at the forefront of the fight for clean air.

It included some thought-provoking presentations from keynote speakers and workshops to enable all participants make a full contribution, followed by time for informal discussion and drinks. The event was designed so that participants had the greatest opportunity to contribute their ideas to help inform the Mayor’s vision for air quality in London.