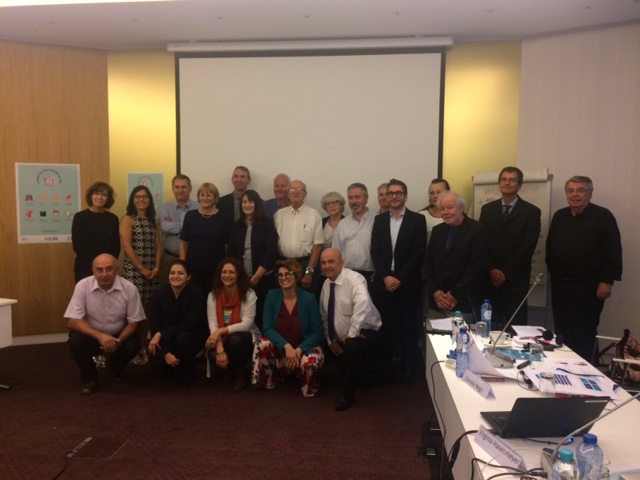 Here is a snapshot of what some of the activities patient organisations in Europe have been carrying out over the past month.

The Active Citizenship Network has launched the EU Civic Prize on Chronic Pain – collecting good practice. The aim is to gather good practice in Europe, raising awareness of chronic pain, sharing positive cases and successes, and strengthening commitment to this topic.

The European Idiopathic Pulmonary Fibrosis & Related Disorders Federation (EU-IPFF) hosted its second International IPF Group Meeting in Brussels on 1 July. Representatives from 14 countries attended, with another five countries contributing in the run up to this great event. The meeting focused on agreeing on a collaborative awareness raising campaign to be rolled out during September’s Global Pulmonary Fibrosis Awareness Month and IPF World Week. The agreed campaign will complement national efforts and will focus on raising awareness amongst primary care practitioners of progressive fibrosis conditions such as IPF.

The European Federation of Allergy and Airways Diseases Patients’ Associations (EFA) has been working with members of the European Parliament to work towards the creation of an Air Quality Performance Certificate. If adopted,  the certificate could become a reliable source of information and control of indoor air quality in the EU for patients.

The Communicable Diseases Intensive Care Association (INCURE) in Ukraine joined the biggest scientific conference on lung health in Kenya on 20-23 June, 2017. The executive director of INCURE gavea presentation titled “Severely ill tuberculosis (TB) patients: are there additional possibilities to save more lives?”, discussing the challenge of neglected TB patients who do not receive standard oral anti-TB therapy and have poor outcomes as a result.

ADAAT Alpha1France used its annual family weekend in May to celebrate its 10 year anniversary. The weekend included family activities, opportunities for patients to meet each other and exchange their experiences, as well as seminars and presentations on the latest research in lung and liver health from healthcare professionals. There was also a trip to Euro Disney for the children.

240 swimmers enjoyed this year’s Vuelta a Formentera, organised by Respiralia, under the theme of Swimming against Cystic Fibrosis. The swimmers are required to swim around the island of Formentera, and faced strong winds and quite a few jellyfish this year. The event started in 2000 and is different each year, but with one common characteristic – the human solidarity of the group formed by swimmers and volunteers.

The Primary Ciliary Dyskinesia (PCD) Family Support Group UK held their annual general meeting and activity day at the beginning of July in Milton Keynes. 25 families with their children attended. Aside from the meeting and family activities, there was also the opportunity to listen to a number of presentations on the latest in PCD.

The Breathe Easy Westminster (UK) group recently organised public spirometry testing at Pimlico Library in London as part of their Breathe Easy week. With high levels of air pollution in the area, some of the people tested were referred on to see their doctor. The event was supported by St Mary’s Hospital in London.