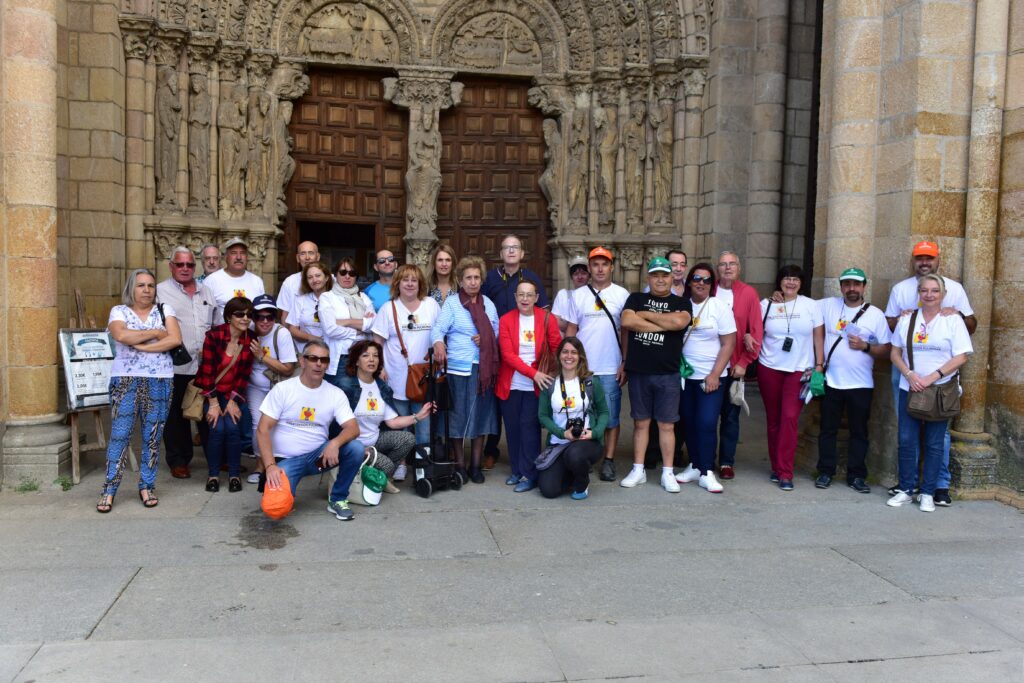 Here is a snapshot of what some of the activities patient organisations in Europe have been carrying out over the past month.

Picture: PHA Spain at their annual national meeting in Ávila

World Pulmonary Hypertension Day started in Madrid, Spain, on 5 May 2012, as an initiative of the Spanish pulmonary hypertension (PH) patient association ANHP. For the first time, the entire PH community around the world agreed on the need to have a joint celebration to raise awareness and show governments everywhere that there are people whose right to live and have a good quality of life is threatened by either the lack of access to medication and surgery or supportive measures such as psychosocial support and physiotherapy.

One of the biggest events was a semi-final of the Serbian football cup with more than 15,000 spectators. The players of both teams and the referees played under the slogan “Get breathless for PH “, wearing WPHD t-shirts. This was accompanied by a sports event for children, where children sent a strong message about the importance of raising public awareness about rare conditions like PH.

Patient perspective at Healthy Building Day in the European Parliament

On 31 May, the European Federation of Allergy and Airways Diseases Patients’ Associations (EFA) brought the patient perspective to a Healthy Building Day event at the European Parliament. EFA presented the views of patients on improving indoor air quality, and on raising awareness about the importance of having healthy environments indoors.

To raise awareness of lymphangioleiomyomatosis (LAM), and the need for safe and effective treatments, and ultimately a cure, LAM Academy Sweden arranged a meeting on 13 June in Stockholm for medical professionals and newly diagnosed women with LAM. Dr Maryam Fathi presented the main issues surrounding LAM, and Anette von Koch of LAM Academy Sweden gave a short presentation about LAM Academy’s work and what is going on internationally in the field.

The Hellenic Cystic Fibrosis (CF) Association took part in the 40th European CF Conference in Seville, Spain at the beginning of June.

On 7 June the annual Societal Impact of Pain (SIP) symposium came to an end in Valetta, Malta. The event brought together more than 300 participants, including healthcare professionals, pain advocacy groups, researchers and specialists in the field of pain as well as insurers and European politicians.

Read more about the symposium and about Malta Health Network.

Engineer Hannes Stiastny of the Austrian self-help organisation for sleep apnoea is looking at carbon monoxide (CO) exposure in the home as a possible cause or contributing cause for sleep apnoea. He is warning that poor ventilation and badly serviced heating and cooking devices could lead to exposure to CO, which may affect people with sleep apnoea.

Asociación Nacional de Enfermos de Sarcoidosis (ANES) in Spain organised their first national meeting for members earlier in June. Usually meetings take place locally or regionally, and the day had a full programme. ANES members took part in workshops on pulmonary rehabilitation and a question and answer session with a lung specialist.

On 5 June, over 70 women from all across Ireland participated in a 10km mini-marathon to raise funds for the Irish Lung Fibrosis Association (ILFA). Women took part to support loved ones and friends living with pulmonary fibrosis and to remember those who have passed away.

ILFA, which was founded in 2002 to support patients and families affected by pulmonary fibrosis, is also delighted to be celebrating its 15-year anniversary.

PHA Spain organised its annual national meeting for their members – this year, taking place in Ávila (pictured above). This included a talk by a lung specialist which was very well received.

The Sarcoidosis and Interstitial Lung Association (SILA) changed its name to SarcoidosisUK. The organisation is very excited about this, as the simplified name will help raise awareness of the condition even more.

Fiona Copeland of the Primary Ciliary Dyskinesia (PCD) Family Support Group UK was invited on 16 June to speak at Medicine & Me: Living with Bronchiectasis, which was jointly organised by the Royal Society of Medicine, the British Lung Foundation and Bronch-UK in London. The event was very well attended, and members of the PCD family support group attended a number of talks from experts in bronchiectasis from around the UK.

Fiona focused on telling the story of her family – how her sons were diagnosed with bronchiectasis when they were aged six and four. She talked about how the diagnosis was difficult to get, how the children have had to adapt to doing physiotherapy twice a day and enduring lots of hospital stays when they were younger.