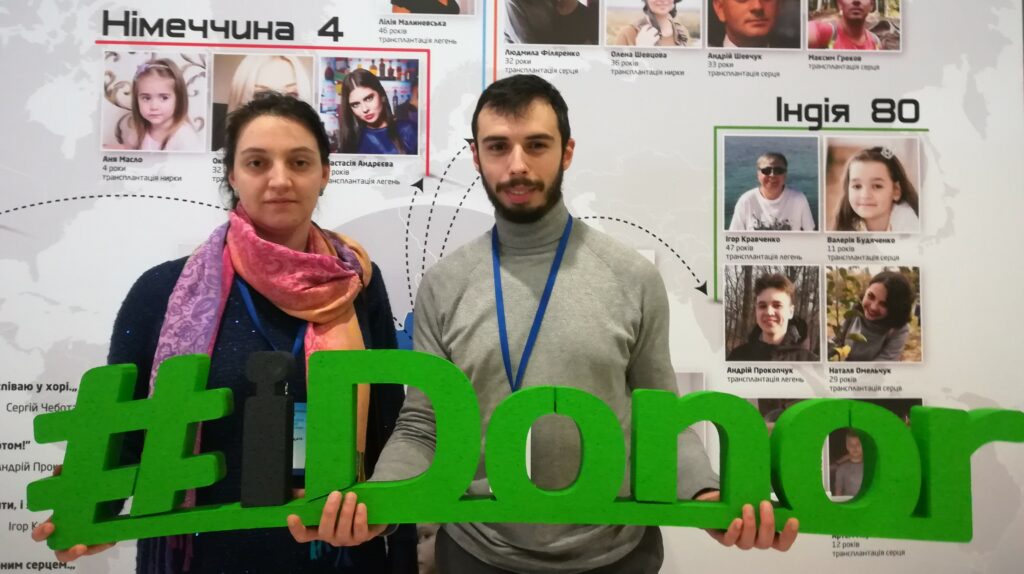 This month patient organisations across Europe have been attending conferences and campaigning to help improve knowledge and treatment of lung conditions.

This month patient organisations across Europe have been attending conferences and campaigning to help improve knowledge and push treatment advances in lung conditions.

This month the CF Sister Dalila foundation attended a major conference about the problems surrounding organ donation and transplantation in Ukraine, a country where organ transplantation is only just starting to develop. There were representatives from the Ministry of Healthcare, police, non-governmental organisations (NGOs) and doctors. Guests from other countries such as Belarus, where transplantations are already performed, also went along to discuss policies in their countries. CF Sister Dalila presented the daily problems that patients and doctors face, as well as legal measures and public awareness. The organisation hopes that in the near future, Ukrainian citizens will not need to go abroad for organ transplantation.

The other conference was about social business in Ukraine and it was organised by the Ukrainian Philanthropist Forum.

The Italian Cystic Fibrosis Research Foundation has recently launched a charity book project called “Bike To(ur)gether: pedalare per la ricerca” (pedal for research). The book reports on volunteers who cycled across Italy last year to show solidarity with people living with cystic fibrosis. The project is designed to raise money for research into new treatments and sends a message of hope to those affected by the condition. The organisation’s chair states that “if cystic fibrosis is a condition that is inherited, then enthusiasm from volunteers is an asset that can spread”. The book is a photographic report that includes testimonies from patients, researchers, supporters and cyclists.

Read more about the book (in Italian).

FENAER launches videos of meeting held at the Ministry of Health for COPD, Tobacco & Spirometry Month

The Spanish Federation of Patient Associations for Allergies and Respiratory Diseases (FENAER) has launched videos of their recent meeting with the ministry of health for the Month of COPD, Tobacco and Spirometry. One video gives an overview of this awareness month and why it is so important. Others show the opening of the conference, presented by Dr. Javier Palacio (Chair of FENAER), a speech from the Secretary-General of the Spanish Ministry of Health, and presentations from other healthcare professionals and patients of lung conditions such as cystic fibrosis, as well as COPD.

Watch the videos (in Spanish).

This month the Foundation Against Pulmonary Hypertension (FCHP) held the Forum of Pulmonary Hypertension in a hospital in Seville, Spain. The event was a meeting between patients and professionals, aiming to give patients a voice in pulmonary hypertension healthcare. One of the most moving moments was a speech by Jessica Pinto, a pulmonary hypertension patient diagnosed almost two years ago, who explained that her “best ally in overcoming the illness is having a stable body and mind – being happy and developing as a person”.

Read the full story (in Spanish).

The World Aspergillosis Day (WAD) campaign on 1st February was a resounding success, especially on Twitter. To expand in 2020, there could be bus advertisements in capital cities other than just London, coinciding with the 9th Advances Against Aspergillosis and Mucormycosis (AAAM) conference in Switzerland. An Aspergillosis Trust member has also volunteered to write a ‘Patient Voice’ article, which may be published for the next issue of Breathe, an ERS Journal.

Residential retreat for children with asthma in Bosnia and Herzegovina

Children with asthma report feeling better following a 10-day residential retreat organised by UG Anemona. 15 children stayed in Banja Vrucica, where they completed breathing exercises and had access to all the resort’s facilities including an indoor pool.

Fundación Respiralia organised a meeting where families of children recently diagnosed with cystic fibrosis could share experiences with each other.

They also presented their “Education equals Health in CF” programme at a rare diseases conference in Minorca. This programme is a new way of working with CF patients and helps children with CF to become people who manage their treatment autonomously without depending too much on a physiotherapist.

The COPN is very happy to have signed a memorandum on bilateral cooperation with the State Institute for Drug Control in February. The memorandum improves information about accessibility of drugs for patients and enables the organisation to have direct contact with the Institute.