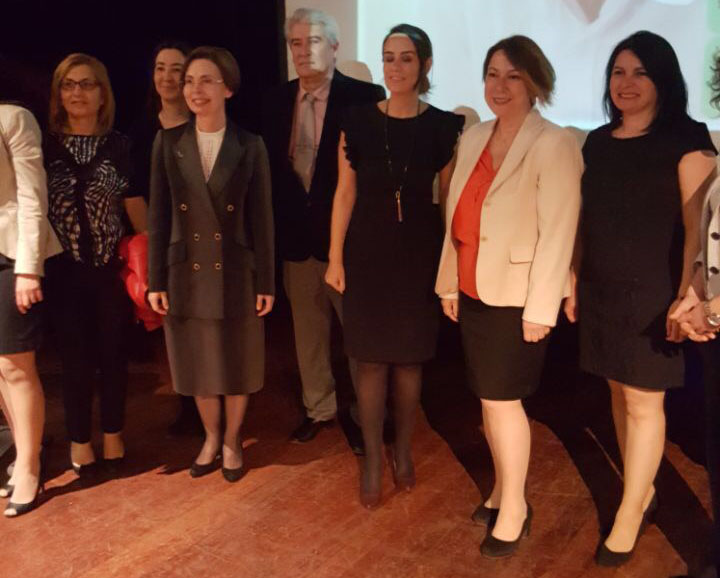 May has been a very busy month for patient organisations across Europe and beyond – read below for an update on some of their activities.

Picture: The Turkish Association for Patients with Lung Diseases and the Turkish Thoracic Society at a public awareness event during asthma week.

PHA Europe planned a number of activities to celebrate World Pulmonary Hypertension Day on 5 May in over 30 European counties, and many more worldwide. Among the activities were a Thunderclap campaign, sharing and liking posts on the organisation’s Facebook page, and uploading a photo or video of yourself with your hands in the shape of a butterfly (to symbolise the lungs) and posting to social media using the hashtags #GlobalWave4PH #WorldPHDay.

The National Association of Pulmonary Hypertension of Spain marked World PH day by producing a video, ‘4 Generations get breathless for PH’. The video went live at the beginning of May and had 1,600 views in the first 10 days.

Asmamadrid organised a workshop on asthma and a number of other activities connected to this at the end of April and the beginning of May. An allergy consultant and a psychologist from the local hospital ran the workshop, which marked World Asthma Day.

The Turkish Association for Patients with Lung Diseases took part in events organised by the Turkish Thoracic Society during asthma week. This was to raise awareness of asthma in the media and among the general public. The events included a session where patients were able to ask healthcare professionals questions about their condition.

The Asthma Society of Ireland has launched a TV advert and social media campaign featuring the father of a teenager who died from an asthma attack. The video was produced to highlight the fact that one person a week dies in Ireland from asthma.

European call to action on allergy and asthma

The European Federation of Allergy and Airways Diseases Patients’ Associations (EFA) is part of a multi-stakeholder partnership that launched the ‘United action for allergy and asthma’ call to action in Europe at the end of April.

LAM Selbsthilfe Deutschland attended the 58th Congress of the German Society for Pneumology and Artificial Respiration Medicine at the end of March in Stuttgart.

Running for cystic fibrosis in Menorca

On 20 May, 11 runners will race for 750km in Menorca to raise funds for Fundació Respiralia. They have already collected €2,500. In addition, registrations for the annual swimming tour around the island of Formentera to raise awareness of cystic fibrosis opened on 1 May and sold out within 10 minutes!

ADAAT Alpha1-France will celebrate their 10-year anniversary at the end of May. They are planning a weekend with a rich programme of activities for families to mark the occasion. Part of the programme will be a seminar with presentations on all aspects of the condition by a number of physicians. ADAAT Alpha1-France will also donate €20,000 to the research programme of one of the specialists presenting. This will be followed by a boat cruise in Paris. Other activities include sports and games, especially for the children and an afternoon visit to the Disney Park.

The Malta Health Network celebrated Patients’ Rights Day by signing a memorandum of understanding with the Malta Medicines Authority, following months of discussions and close collaboration. It is a collaboration between patients, academia and the pharmaceutical industry.

New association for people with alpha-1 antitripsin deficency in Poland

The new association for people with alpha-1 antitripsin deficency in Poland is getting busy, securing funds to establish their website, creating their logo, and putting together patient information leaflets. In early May they wrote a formal letter to the Ministry of Health, asking for reimbursement of augmentation therapy for patients.

Meetings for people with Idiopathic Pulmonary Fibrosis (IPF) in France

The Association pour la fibrose pulmonaire idiopathique, APEFPI, organised a number of meetings for people affected by IPF across France. The patient information meeting in Limoges in March attracted 50 people and 20 people attended the presentation by the president of APEFPI in Amélie-les-Bains in April.

Also, in April, 10 members took part in discussions with healthcare professionals as part of their training to become patient experts. There will be a show on preserving good lung function in Toulouse.

The Breathe Easy group in Westminster, UK is inviting anyone with breathing problems interested in getting their lung function tested by clinicians to come to the spirometry event held at St Mary’s Hospital in London on 14 June.

The PCD Family Support Group UK held their first ever Family Day in Scotland earlier in the month. 21 families and a number of medical professionals and scientists joined them at the Studio Venues in Glasgow for a fantastic day. While the children were entertained by Tickles the Clown, the adults learnt more about the PCD Family Support Group from Chairman Fiona Copeland and had a really interesting presentation from Dr Anne Devenney from Glasgow Children’s Hospital about the condition.

They will also hold a free event on 16 June in London at the Royal Society of Medicine to learn more about PCD and bronchiectasis.

Running challenge across the USA for pulmonary fibrosis

Nick Ashill, originally from the UK is currently running 5,400km along Route 66 across the USA to raise money for the Pulmonary Fibrosis Trust UK. He started on 14 May and will finish after 100 days.

After prolonged wet, warm and humid weather across Australia, including floods in Queensland and Northern New South Wales, the National Asthma Council Australia is warning Australians that indoor mould is a potential health risk. As part of this year’s World Allergy Week, the National Asthma Council has issued a household mould prevention checklist, including tips for areas where clean ups are happening after floods or a cyclone.

The 3rd International Research Conference on Alpha-1 Antitrypsin and the 6th Alpha-1 Global Patient Congress took place from April 5-8, 2017, in Lisbon, Portugal. Both events brought together patients and scientists from around the world to discuss the latest developments in Alpha-1 Antitrypsin research, clinical care and patient advocacy

Following the conference, the 6th Alpha-1 Global Patient Congress brought together Alpha-1 patients and physician leaders from 34 countries. Patients and carers could interact with scientists and doctors who are leading clinical care and research to find better treatments, and ultimately to find a cure for Alpha-1. They also had the opportunity to engage with one another concerning the current needs of patients, and to update each other on activities including advocacy, education and self-management in the digital health era.