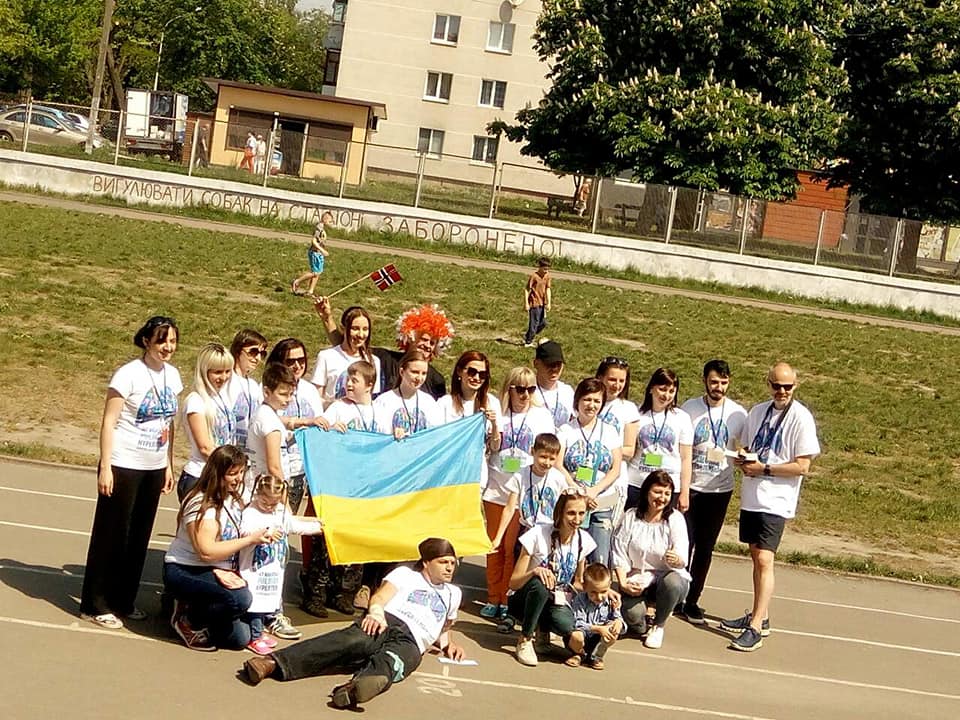 May has been a very busy month for patient organisations – with events like World Asthma Day and World Pulmonary Hypertension Day to celebrate among many other milestones.

INCURE recently held a series of events focusing on tuberculosis (TB) in Ukraine, including events with the media to mark World TB Day and a training session for TB service providers in the Kharkivska Oblast region. Key issues included how to treat people who are not helped by standard therapy, including those with severe forms of TB, those with malabsorption syndrome and those with other serious conditions.

INCURE has also partnered with the Ukraine National Academy of Sciences to co-found a scientific journal, Infusion and Chemotherapy, and are currently working on the first edition.

The event featured people with PH sharing their stories, a workshop with a sports therapist, discussions about healthy eating and a session of group psychotherapy. It is hoped that the cooperation between PHURDA and PHA Norway will develop into a rehab programme for people with PH Ukraine. The celebrations finished with the “Backward Games” sports competition, encouraging healthcare professionals to consider a diagnosis of PH when someone has symptoms of asthma, anaemia, heart disease, pneumonia.

Research, education and awareness raising for sarcoidosis in Italy

Amici contro la Sarcoidosi Italia (Friends Against Sarcoidosis Italy) has been making arrangements for research on chitotriosidase and on detection of new biomarkers in sarcoidosis. They also took part in the recent PneumoTrieste 2018 International Congress and have helped to organise ‘School of Sarcoidosis’ events aimed at doctors, patients, paramedics and families. The association’s fundraising and awareness activities have also continued, including the third annual official periodical magazine, Focus Sarco.

Find out more (in Italian).

During April, RespiRARE Sicilia, Italy partnered with the fundraising organisation Telethon for a three-day event, culminating with a ‘walk for life’ along the main streets of the city of Catania. Volunteers were also interviewed on radio and television, helping to raise awareness of rare lung conditions.

In May, the association organised a play directed and performed by a patient with IPF. The association also participated in a medical conference, together with the association for patients suffering from heart failure, attended by the councillor for health for the region of Sicily, where they raised the issue of access to treatments.

In April, AMARE also organised the fourth edition of the international congress: ‘Up to date in pneumology and Internal medicine’ in Cremona, Italy. The conference featured many leading lung experts who provided updates on a range of topics including comorbidities and physical activity in lung health.

To celebrate Word Asthma Day, Italian organisation Respiriamo Insieme, in partnership with several other patient groups, organised a ‘Breathe Healthy’ weekend and a patient meeting. Many families attended the events and benefited from health services offered free of charge, including over 70 lung and allergy checks. Participants also had the opportunity to hear reports from specialists and get answers to their questions. The seven associations that collaborated on this event have decided to continue working together by creating a national network with the goal of improving the quality of life of all people with asthma and allergic lung conditions.

Information day for people with lung fibrosis in Ireland

The UK Primary Ciliary Dyskinesia (PCD) Family Support Group recently held a Family Day at Eureka Children’s Museum in Halifax and great fun was had by all. The day included interesting talks from microbiologists, nurses, paediatricians and physiotherapists – as well as learning about medicine through the ages from the museum staff. The children were also treated to a physiotherapy workshop where they made their own Build a Bear, kindly donated by Rays of Sunshine Charity, which including making promises to look after their lung health.

Raising funds and awareness of sarcoidosis

SarcoidosisUK held their inaugural National Quiz in April. Congratulations to ‘Company B’ team from Cornwall who were crowned SarcoidosisUK National Quiz Winners 2018! In total the Quiz raised £7,800. This will be doubled by the British Lung Foundation and put towards SarcoidosisUK’s 20th Anniversary Campaign funding research into the biology and a potential cure for sarcoidosis. Andrea Rowe, SarcoidosisUK Cornwall and Devon Support Group Co-Chair commented, “It wasn’t just about the money raised, more importantly it was about every one of the people attending went away with a new awareness of the fact this disease even exists, and they’re all talking about it now!”

25 April, 2018 marked the first European Alpha-1 Awareness Day dedicated to raising further understanding about this rare genetic condition. A roundtable discussion hosted by Alpha-1 Global, took place at the European Parliament in Brussels, where Alpha-1 leaders from seven countries presented their conditions of access to care for Alpha patients and made policy requests to the Members of the European Parliament who were present.