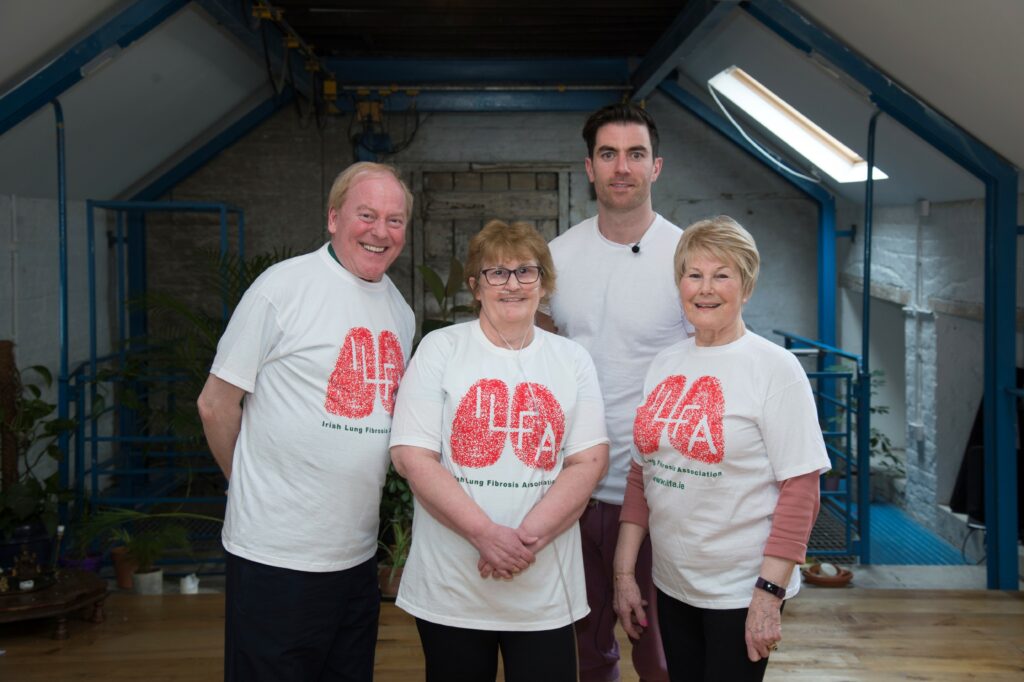 Patient organisations have been raising awareness and funds to support research projects as well as holding information days for people living with lung conditions.

In the last month, patient organisations across Europe have been raising awareness and funds to carry out research projects for further advances in a range of lung conditions. Various patient information days have also been held to support people living with lung conditions physically and emotionally.

The Irish Lung Fibrosis Association (ILFA) held a patient information day dedicated to Palliative Care and Planning for the Future. Speakers were invited from a range of medical disciplines to deliver presentations, and two caregivers shared their personal experiences. Topics covered included: managing symptoms; practical aspects of living with lung fibrosis; acute exacerbations; lung transplantation; psychological aspects; end-of-life care preferences and legal aspects of planning for the future. The event was well attended and feedback from the attendees was excellent.

On the day, ILFA also launched their new Yoga Exercise DVD aimed to help people with lung fibrosis take part in yoga and enjoy its benefits, such as improved breathing, relaxation and mobility.

Find out more and watch the video.

A world record has been broken in Pomezia, Italy, by Fabio Sakara, who spent 24 consecutive hours pedalling on a static bicycle, aiming to raise awareness of cystic fibrosis and promote financial support for scientific research on the disease. Adults and children also took part in the bike ride alongside Fabio, including the city’s Mayor. The event was supported by several sport champions. A total of €6,805 was raised to support research projects led by the Italian Cystic Fibrosis Research Federation (FFC).

Find out more (in Italian).

The Aspergillosis Trust (AT) has been working to raise awareness of aspergillosis through the media and has appeared in three different newspapers in the UK over the last month: Daily Mail, Sunday Times and Bishop’s Stortford Independent. For links to the full articles containing patient stories of three co-founders of AT, visit https://aspergillosistrust.org/media/.

In addition, £330 was raised for AT thanks to Maria Giuliani who managed to complete the Brighton marathon, despite having chronic pulmonary aspergillosis (CPA).

The Foundation Against Pulmonary Hypertension (FCHP) collaborated with the “Parlando sobre Salud 2019” (Chatting about Health 2019) programme – a series of informal workshops held across Madrid. They consisted of healthcare professionals and experts in public health getting together with patients living with various diseases to talk about healthy habits. FCHP was involved in a session focusing on respiratory disease and covered topics such as day-to-day living and anxiety after being diagnosed with a rare lung condition.

Read more about the programme (in Spanish).

SarcoidosisUK has launched their ‘BIG Survey’ – an online survey which collects important information from people living with sarcoidosis around the world. The data will be used to help find the cause of sarcoidosis and provide information for future research priorities.

Read more about the project and participate in the survey.

The organisation has also committed £60,000 to carry out a clinical trial throughout 2019; researchers at the University of Hull will be testing an antibiotic called Azithromycin to analyse its effectiveness on sarcoidosis patients.

Read more about the research.

The Lovexair Foundation attended the Alpha-1 Scientific Conference & Global Patient Congress in Dubrovnik, Croatia. Along with other Alpha-1 patients from around the world, Lovexair’s HappyAir ambassador, Arran Strong, represented the patient voice, sharing his experiences of living with Alpha-1 but not letting it stop him from following his dream to become a professional surfer. The congress was a great opportunity to remind people affected by Alpha-1 that they are not alone – and with new ways of sharing data, patients can build relationships with researchers, clinicians and experts across global networks which is key to developing understanding of the disease.

To celebrate World Pulmonary Hypertension Day (WPHD) on 5 May 2019, PHURDA Ukraine is inviting members of the public, policy makers, doctors and patients to participate in their video flashmob. This consists of taking a short video holding a piece of paper with the WPHD logo and hashtag (#WorldPHDay) and saying: “My name is [say name]. I support World Pulmonary Hypertension Day and patients with pulmonary hypertension because [say why you support]. We are stronger together! Join!”. Videos should be uploaded to the PHURDA Facebook group or sent to fond.poryatunok@gmail.com by 5 May 2019. The video with the highest number of ‘likes’ on Facebook by WPHD at 23:59 will receive a prize.

On 10-11 May, LAM Academy Sweden will be working with the Tuberous Sclerosis Complex (TSC) Association of Sweden to host a day of information led by world-leading researchers and doctors to talk about recommendations and early preventive treatments for TSC, LAM and other lung conditions. They will be at Karolinska Hospital in Stockholm, Sweden for two days: on the first day they will present to other healthcare professionals and on the second day to patients and family members.

For the 6th International week of Primary Immune Diseases (22 – 29 April), FENAER sent a letter of solidarity to the International Patient Organisation for Primary Immunodeficiencies (IPOPI) and South American patient organisations. Respiratory problems affecting the sinuses, throat and lungs, are common in people with PIDs, and respiratory infections may be an early symptom of a PID.