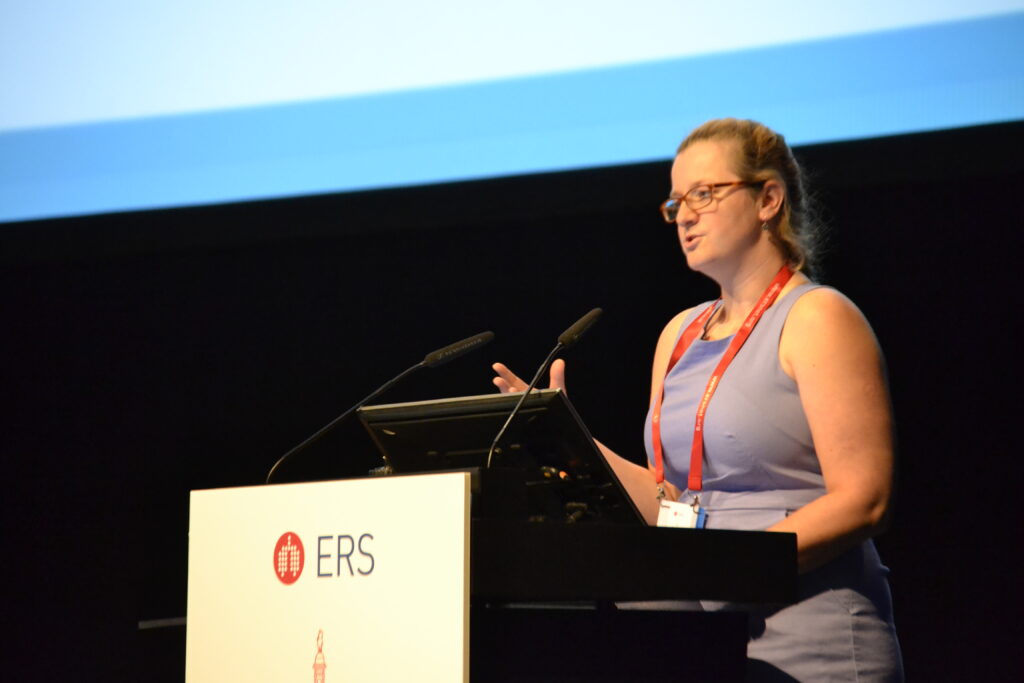 Patient organisation round up: November 2019

Patient organisations have been developing patient testimonials, writing reports and have played a huge role in the ERS Congress in Madrid.

Representatives from patient organisations across the world took part in the ELF Patient Organisation Networking Day at ERS Congress. Many of these organisations presented posters at the event, which are linked below. Read our news article for our Congress highlights.

The Respiralia Foundation has been involved in several activities over the last month. They organised their annual charity race, which gathered 574 people to walk or run in support of people with cystic fibrosis. On 8 October, they received the Vitalaire Patient Aid Award 2019 for their ‘Education equals Health in Cystic Fibrosis’ programme. Two days later, 170 members of the public filled a cinema to watch the film ‘Five feet apart’ to learn more about the harsh realities of living with cystic fibrosis. Finally, the Foundation is launching a new project called ‘Reforest Mallorca’, which aims to plant 40,000 trees.

EFA recently launched the Active Patients ACCESS Care report. Based in seven countries (Finland, France, Germany, Italy, Poland, Spain and the UK) with 750+ participants, the report provides an overview of patient-reported levels of access to prevention, diagnosis, care and empowerment by people with asthma and COPD in Europe. EFA also provides recommendations for stakeholders to overcome identified gaps.

Read the report and see the country-specific factsheets based on the study.

The board of LAM Academy Sweden recently met to plan the annual member meeting, which will be held on 9 November 2019. It will consist of a full day of discussions and activities for members to participate in, including hearing about the latest news on LAM from Dr. Maryam Fathi and a LAM patient’s experience during her trip to the National Institute of Health (NIH).

Members of Pulmonary Hypertension (PH) Belgium recently had a day out at Boudewijpark – an amusement and animal park near Bruges. 100 patients and family members attended, making good memories with others who have experience of living with this rare condition.

The PH Belgium team are currently travelling through Flanders for this year’s “PH on Tour”. They welcome specialised doctors in PH who will talk about the latest research, including the use of ‘iron’ as therapy. They also heard talks from specialist on healthy eating and what this means for patients with PH.

As part of the NHS Long Term Plan, 2019/20 NHS RightCare has received national clinical support and regional agreement to deliver National Priority Initiatives on respiratory disease and cardiovascular disease (CVD) prevention. The Chair of Breathe Easy Westminster has been invited as a patient to contribute to the workshops.

Also up and coming is the ‘My COPD’ app, which originally cost around £40 to use, but may be offered soon for free to relevant groups.

The Aspergillosis Trust (AT) and the National Aspergillosis Centre (NAC) in Manchester jointly presented a poster and patient stories at an exhibition stand at RareSummit19, with various awareness items. The theme of the poster was the ‘Diagnostic Odyssey’ – 60% of people responding to the poll said it took between 1-5 years to obtain a diagnosis.

At the ERS Congress in Madrid, one of the founding members of the Aspergillosis Trust contributed a video on living with an immunodeficiency and other associated lung conditions, including aspegillosis.

The first Primary Ciliary Dyskinesia (PCD) Clinical Interpretation Panel meeting, which assembles an expert national group for analysing PCD patient information from the 100,000 Genomes Project, was held in University Hospital Southampton on 17 September. Read the full report from the meeting.

The Cystic Fibrosis Research Foundation, Italy, recently published a patient testimonial of Rachele Somaschini, a 25-year-old woman with cystic fibrosis (CF). She explains that thanks to progress in cystic fibrosis research, the life-expectancy of people with CF has doubled since she was born in 1994. Rachele talks about her life with CF and her passion for racing cars.

Members of the Italian Sleep Apnoea Association attended ERS Congress and presented a poster at the patient organisation poster discussion. On 25 October members took part in an event called “Aperitivo con gli esperti” (Appetiser with experts). The event gave people affected by sleep apnoea the opportunity to meet experts who specialise in their condition. Presentations were given by both patients and experts to share different points of view, and this was followed by discussions and appetisers.