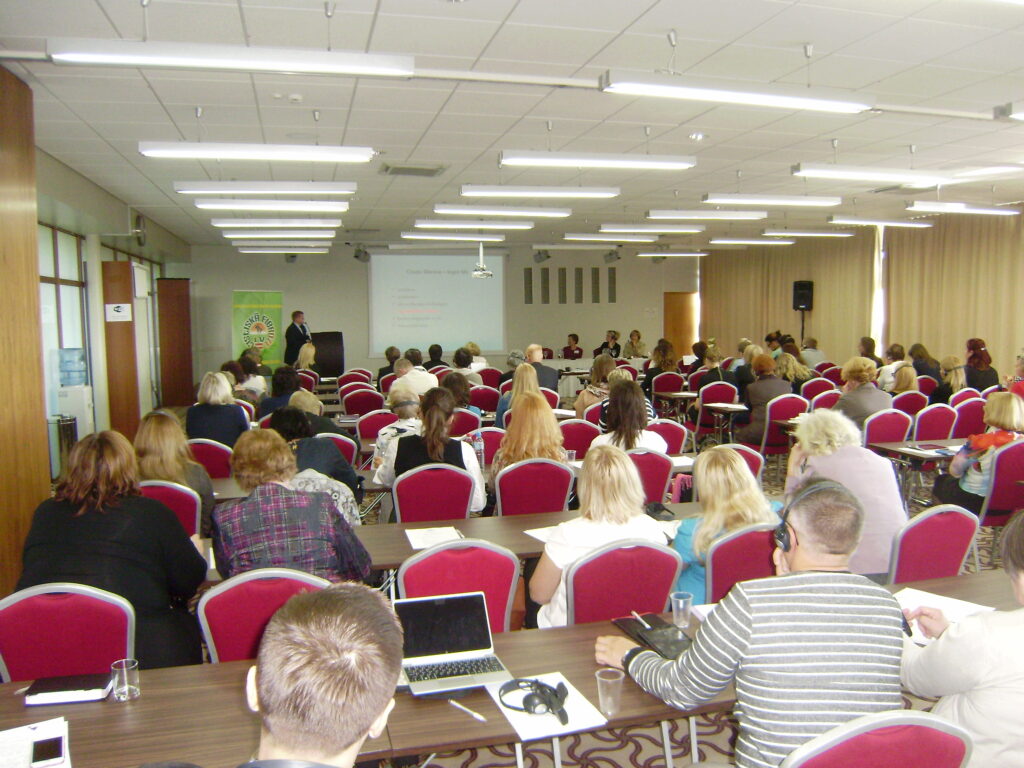 Here are some of the highlights of what our patient organisations have been doing during the past month.

During the European Respiratory Society (ERS) International Congress, the European Federation of Asthma and Allergy Associations (EFA) presented the results of a survey they completed as part of their chronic obstructive pulmonary disease (COPD) project. EFA found that, in all surveyed countries, access to care is subject to the payment of a small fee, with exemptions for severely ill patients. However, in countries were COPD is not recognised as a chronic disease, like Italy and Finland, there are limits to patients accessing free care.

Among the other findings were that access to pulmonary rehabilitation and smoking cessation services is also quite unequal across Europe. You can read the full results on the EFA website.

EFA Project Manager Giuseppe De Carlo also presented the leaflet, “Steps for passengers flying with medical oxygen”, for the first time. The leaflet will serve to guide passengers who require oxygen when travelling to take all precautions for avoiding troubles during a journey, including the booking process to the airport, airlines procedures, and the arrival at the destination airport.

Pulmonary Hypertension Association Ukraine (PHA Ukraine) took part in “Heart Day” in collaboration with the Centre for Paediatric Cardiac Surgery in Kiev to raise awareness of pulmonary hypertension in children in the Ukraine. You can see some of the photos and read the full report (in Ukranian) on their Facebook page.

On 24 September, 2015, PHA Ukraine also presented their project to create an advisory council for pulmonary hypertension at the National Congress of Cardiologists. The advisory council is intended to improve medical care and information for patients.

A pollution free day in Madrid

Experts took part in a roundtable discussion with national representatives of the Ministry of Health, leading doctors and representatives of associations to talk about the current problems affecting the treatment of people with CF in Latvia, as well as guidelines for screening.

The Czech Civil Association against COPD is to change its name to Czech Civil Association against Lung Diseases. This will be officially launched later on this month at the second COPD Global Patient Leader Summit in Paris on 28-30 October, 2015. The name change takes account of the organisation’s broader remit, which has changed to represent people with asthma and interstitial lung disease, as well as COPD.

Singing and physiotherapy for asthma patients

Asmamadrid is organising singing workshops for people with asthma, in order to help patients to practise breathing through their diaphragm to increase lung capacity. The workshops, aimed at both adults and children, also help with relaxing and emotional wellbeing.

In addition, Asmamadrid is involved in organising workshops for respiratory physiotherapy, teaching people how to reduce fatigue with asthma breathing exercises and about correct breathing posture.

Solidarity kilometres are back in Majorca

Respiralia’s 7th “Solidarity kilometres against Cystic Fibrosis (CF)” took place earlier this month with a record number or participants. The popular race featured 505 participants, including 64 children under the age of 10. Joggers, skaters and walkers showed solidarity with children and young people with CF, covering a total of 3,840 kilometers.

Coinciding with Idiopathic Pulmonary Fibrosis (IPF) World Week 2015, the Irish Lung Fibrosis Association (ILFA) launched its National Patient Charter for IPF at an information session hosted by Senator Feargal Quinn on 6 October, 2015. ILFA welcomed politicians to an information session to learn more about the life changing condition that affects around 800 people in Ireland. Patients, family members and carers were also on hand to share their experiences.

Read the charter and watch a short explanatory video (in English).

A Health and Wellbeing Study by the Asthma Society of Ireland, Novartis and UCC  was carried out to investigate the perceived health and wellbeing of those living with asthma in Ireland. The objectives of the study were:

Read the results of the study (in English).

Merseyside Asbestos Victim Support Group represented the Asbestos Victims Support Group UK at the Committee of the Regions Conference, held in Brussels in June, to discuss the theme “Freeing Europe safely from asbestos”. There were debates on how to tackle all issues surrounding asbestos, and in particular on research into finding a cure for mesothelioma.

The PCD Family Support Group is holding a ‘PCD Day’ on Saturday 7 November, 2015 from 11.00am–4.00pm at Cheadle Cricket Club, Stockport. It is a great opportunity to learn more about PCD and meet families affected by the condition. Children will be entertained and all the family are welcome.

Please let the group know if you would like to attend and if you have any special dietary requirements by 1 November, 2015 by email or on the PCD Help Line (+44 (0)300 111 0122). Anyone affected by PCD or with an interest in the condition is welcome.

On 20 September, 2015, the Pulmonary Fibrosis (PF) Trust celebrated 5 years of helping patients by holding a birthday party at Stoke-on-Trent, UK. Over 30 people enjoyed a wonderful day.

The PF Trust exists so that patients and carers in the UK can help each other. They provide stair lifts, mobility scooters, and portable oxygen concentrators to help patients travel (particularly by air), and help with travel expenses.

In addition, a team of seven supporters ran the Great North Run in memory of family members lost to PF. This was the first time the trust has had places in the run. We hope to have a bigger team next year to raise even more funds and awareness.