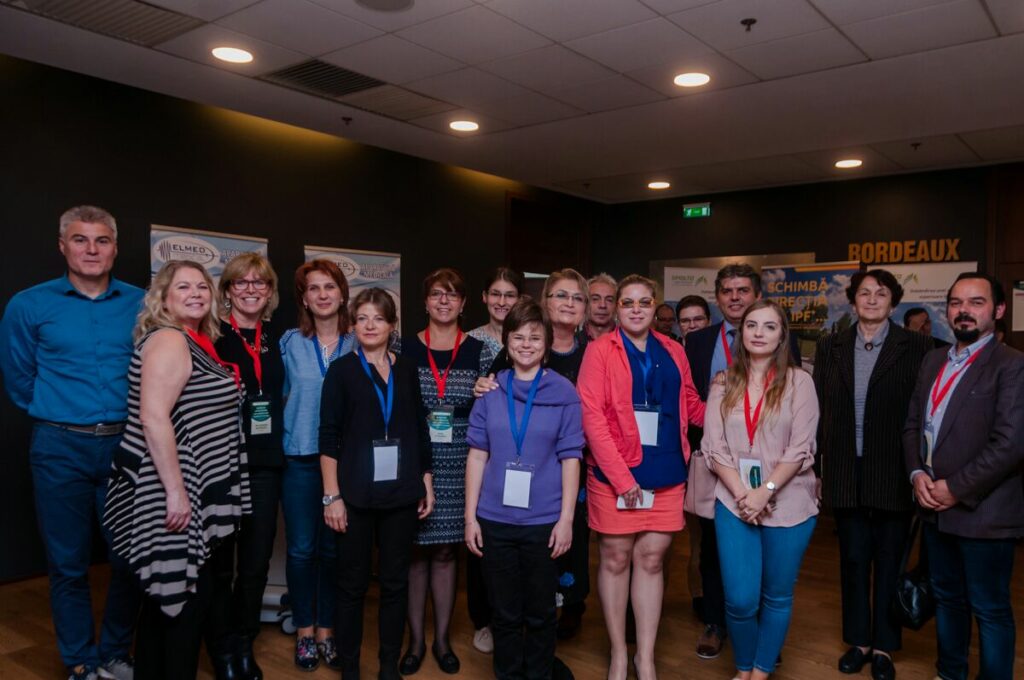 The Romanian Tuberculosis Patients Association (ARB-TB) was invited to participate in the round table on ‘Pulmonary disorders and the patient-doctor relationship’ at the Bronchology, Lung Cancer, Pulmonary Transplant and Respiratory Rare Diseases Conference in Oradea, Romania in October 2017.

Under the banner, ‘Patient Associations in Romania – Between Requirements and Achievements’, patient representatives from the TB, Alpha-1 antitrypsin deficiency and interstitial lung disease communities advocated for patient involvement, information, commitment and experience-sharing between healthcare professionals and people affected by lung conditions.

On 19 October, Cystic Fibrosis Ireland premiered a new 60-second cinema feature advertisement. As part of the Fight to Breathe campaign, the advertisement graphically illustrates how life for a person with cystic fibrosis is just that – a constant fight to breathe – and invites audiences to experience that fight for themselves.

The ad features Edelle Collins, who has cystic fibrosis, and is running in 73 cinemas nationwide for 6 weeks from 20 October.

Fundación Respiralia hosted several events in October to support people affected by cystic fibrosis in the Balearic Islands. A neuroeducation workshop helped parents to explore ways to manage stress and support their children, while a series of clinics with Professor Jean Chevaillier allowed families and physiotherapists to refresh their knowledge and skills on autogenic drainage.

At the end of October, 210 supporters celebrated the 7th annual Solidarity Walk against Cystic Fibrosis to raise awareness and funds.

1-day Digital Healthcare events for chronic and respiratory diseases: Build confidence, learn how to empower, care and self-manage together

The Lovexair Foundation is launching the first in a series of dynamic 1-day events aimed at Spanish patients and healthcare professionals about the opportunities in the digital health environment. The workshops will explore ways in which digital healthcare can provide new service models which contribute to better quality of life and improved health outcomes, whilst reducing the burden that long term and chronic health conditions place on healthcare systems.

ATPP are very happy to announce a generous contribution made by the Calouste Gulbenkian Foundation to support the launch of the new patient association and broaden the scope of their mission.

The association will hold their first general assembly on the 25 November in Lisbon, Portugal. Discussions will include how to progress the association’s activities and governance, to benefit the association members, partners and donors.

The Fédération Française des Associations et Amicales de malades, Insuffisants ou handicapés Respiratoires (FFAAIR) organised two days of events for patients and the public in October 2017. Focusing on a range of themes relevant to the care of lung conditions, workshops and discussions were held on tobacco dependence, indoor air quality, and treatment options. Participants also had the chance to check their lung function and take part in physical exercises for lung health.

FFAAIR also presented a new tool developed in collaboration with health professionals from the Fédération Française de Pneumologie, which allows patients to create their own personalised health record.

The Annual Alpha-1 Ireland Patient Conference took place in Dublin on 20 October. Over 60 Alphas and family members attended to discuss the latest developments in research, treatment and patient care. Presentations were given by leading experts and covered a wide range of topics, including access to treatment, legal considerations around genetic testing, and patient advocacy.

The UK Pulmonary Fibrosis Trust has recently launched a joint research funding call in collaboration with the British Lung Foundation and is advocating for increased awareness of pulmonary fibrosis amongst national politicians and health providers.

One of their supporters, Maxine Flewett, recently attended the British Lung Foundation’s staff day to share her experience of caring for someone with idiopathic pulmonary fibrosis (IPF) and to campaign for better support for carers.