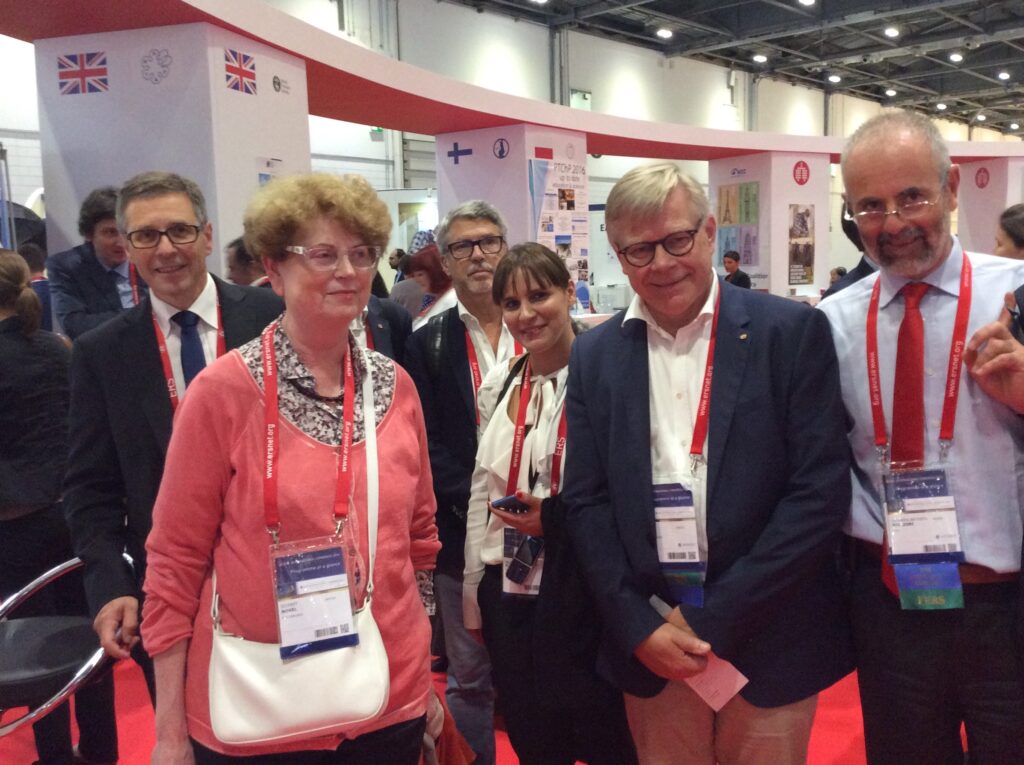 Here are just some of the things members of our patient organisation have been working on recently.

AFEFPI, the Spanish idiopathic pulmonary fibrosis (IPF) patient organisation marked World IPF week by attending a conference on the current state of IPF on 21 September. The conference was attended by representatives of the Spanish Society of Pneumology and Thoracic Surgery (SEPAR). The European Charter of Patients with IPF was read at the event.

Meanwhile, AMA fuori dal buio (the Patient Association for Autoimmune Orphans and Rare Diseases) in Modena, Italy organised an open day for IPF support groups on 17 September. This is an opportunity for people affected by IPF to get together with healthcare professionals to share experiences, listen to the latest research and ask questions.

Through the European Asthma Research and Innovation Partnership (EARIP), Asthma UK, ELF and the European Federation of Allergy and Airways Diseases Patients’ Associations have developed a roadmap for future investment in asthma research and care.

Priorities for research were identified by conducting an analysis of existing evidence from leading international and European medical societies, patient organisations and policymakers in the field of asthma and through extensive consultation with those living with and affected by asthma and carers of people with asthma.

15 key priorities have been identified and the project partners will now use these to work with European, national and pharmaceutical industry partners to drive investment in asthma research.

The Lviv City Charitable Foundation of “Sister Dalila” in Ukraine has been successful in securing regular free treatment for Alina Didusenko, a 16 year old orphan with pulmonary arterial hypertension (PAH), through the country’s “Health 2016” programme, which allocates government funding for treatment in the regions.

“Sister Dalila” would like to thank the European PAH Association and the American and the Canadian PAH associations for their help.

The primary ciliary dyskinesia (PCD) support group, PCD Support UK, has celebrated its 25th anniversary of being founded with leading consultants in the field, Andy Bush and John Warner. Friends and colleagues from UK lung health medicine joined them at a celebratory dinner on the Thames.

Alpha-1 Global attended the ERS International Congress on 3-7 September in London and enjoyed attending a number of interesting symposia.

Last month the Swiss Sarcoidosis Association published their new information leaflet on sarcoidosis in English, German and French. They have now also added an Italian version for you to read.