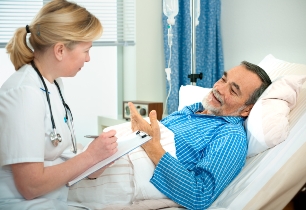 An international team of researchers has found that ARDS is under-recognised, and that people with the condition are often undertreated.

An international team of researchers has found that acute respiratory distress syndrome (ARDS) is under-recognised, and that people with the condition are often undertreated.

ARDS is a life-threatening condition in which the lungs are unable to properly provide enough oxygen for the rest of the body.

Researchers focussed on a 4-week period in winter 2014. During this time, they monitored the 3022 people admitted to the intensive care departments who met the criteria for having ARDS.

The scientists found that 2377 of these patients developed ARDS within their first 48 hours in intensive care, and received treatment.

On average, 51% of people with mild ARDS and 78.5% with severe ARDS had their cases recognised by healthcare professionals. It was also noted that people with ARDS were often not offered the recommended or most appropriate treatments.

The researchers state that their findings show that ARDS is often under-recognised by healthcare professionals, and that management of people with the condition could be improved.