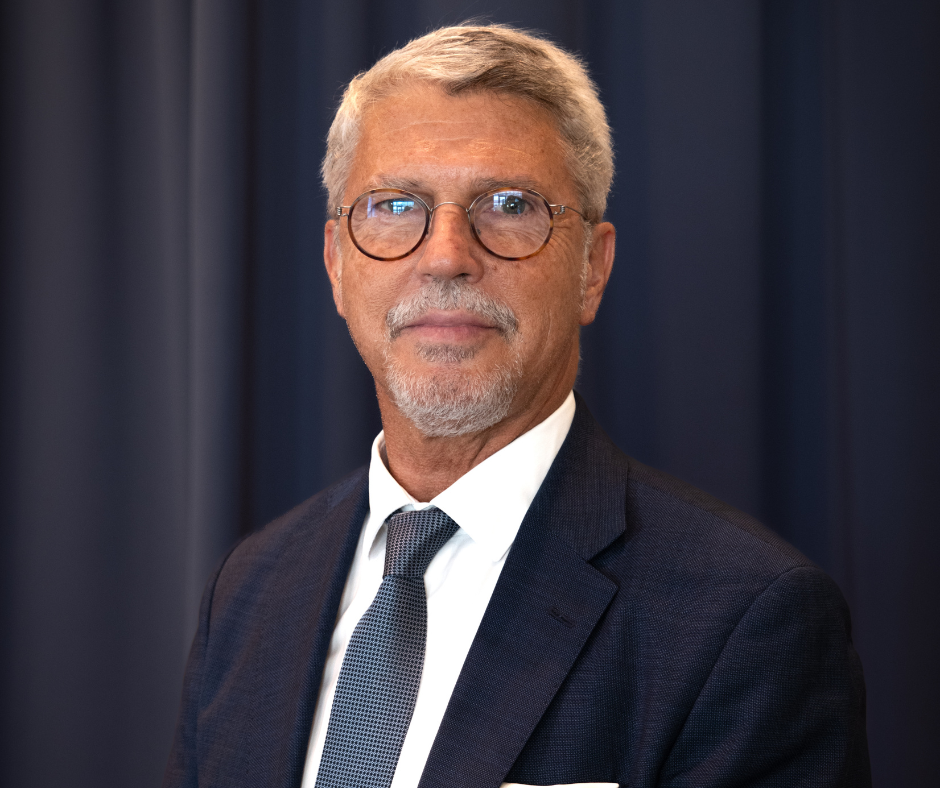 Prof. Carlos Robalo Cordeiro, Pulmonologist, specialist in Interstitial lung diseases and ERS President speaks to us about his plans and hopes for his term as ERS president.

I have been a pulmonologist since 1992. A few years later I did my PhD in neurogenic inflammation in airways diseases. Now I am much more dedicated to interstitial lung diseases and obstructive airway diseases.

I also run the department of pulmonology here in the Coimbra University Hospital and I’m the Dean of Coimbra Medical School.

Why did you want to be the ERS President?

I have been heavily involved with ERS for around 30 years. First, I was Secretary and then Chair of what was called at that time “the bronchoalveolar lavage (BAL) group”, now Assembly 12 – Interstitial Lung Diseases. I was also on the ERS Council as a Portuguese national delegate and later Secretary General.

I felt that the presidency was a natural continuation – it felt like a smooth transition, not forced. When I was nominated, I received it with such happiness, with honour and with joy, because I really feel that I belong in the ERS family. ERS is a big organisation that supports in many fields: education, science, advocacy and journals, ELF. I think this really is a family, a very highly qualified family! And I have made true friends here too.

Finally, the presidency is a very prestigious position, and it is an honour to be the first Portuguese President of the ERS. I was glad to bring that to the Portuguese pulmonology community.

Looking ahead, what do you hope to achieve during your presidency?

I want to empower patients – in particular, patients with interstitial lung diseases. I would like to focus on the digital opportunities we have now to connect better and help with self-management. I aim to collaborate with ELF and the European Pulmonary Fibrosis Federation and strengthen links with ERN-Lung.

In addition, we are now seeing the re-emergence of tuberculosis (TB) in Europe. TB has once again become a global issue. This is a major priority of mine: to re-establish a TB collaboration effort, as we need a new model to combat this growing emergency.

Thinking of your goals for your presidency, what role do you see for ELF?

A lot of course! In many senses because some of my goals are related to the promotion of lung health and prevention of lung disease. It is also important to think about the environment and climate change, and how we can positively influence that at the European Parliament and the European Commission.

Healthy Lungs for Life is a hugely important collaboration. We held the first HLFL initiative since the pandemic in Barcelona during the ERS Congress and I look forward to the next one during the Milan Congress – it will be the 10th HLFL event! I have already been discussing this at the Congress management meetings and I really want everyone to get behind this fantastic initiative.

We have started work on respiratory health and the prevention of respiratory diseases through some programmes that we are starting now in schools. Targeting early life factors of lung disease is so important and I think Healthy Lungs for Life for schools will be an important collaboration.

I want to be aligned with the Green Deal and to be on top of environmental and climate change issues – it is important to work together with ELF and patients on this.

Together we can promote the green agenda and the possibility of having a green Congress. I think Milan is a good city to start thinking about that. It’s about taking the right steps – we can implement measures to make it more environmentally friendly. We should be looking into carbon offsetting and encouraging travel by train rather than flying. And cycling around the city – Milan is very well equipped for this.

What are you looking forward to the most this year?

Friendship, connection with people and happiness at work.

The first goal is the International Respiratory Coalition (IRC). I think this is an important programme we have now. We launched it at ERS Congress 2021 and held the first IRC summit in Paris this year. I intend to do another IRC summit next June. The IRC aims to promote lung health and improve respiratory care. Every country should have the tools to implement a national respiratory strategy based on best practice. I want to continue to work with European countries to provide the best resources we can and further improve lung health.

The second goal is the ERS respiratory channel. Of course, it’s already ongoing, but it’s time to consolidate it and move it forward. I see it being a channel dedicated to the respiratory community. A “go to” place for lung-related content, for physicians, researchers and patients alike. I think you could say, I want it to be “Lung-flix”.

Third, I want consider ERS priorities, now we have a new world. We faced the pandemic, and the post-COVID world is quite different. We have new projects in the ERS, new goals, therefore we have to re-focus. I also want to work hard to further promote our fantastic early career members – they are the future of our field.

I am delighted to embark on this next stage of my journey within ERS. I hope to fulfil expectations in this prestigious role, and I look forward to guiding ERS into this new stage after the pandemic.