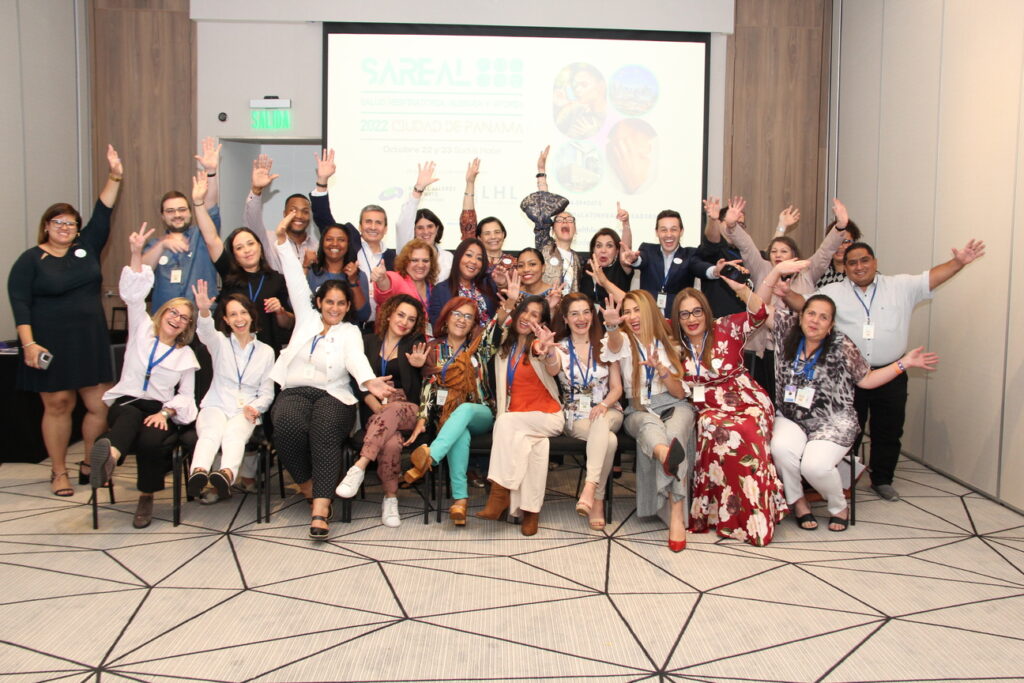 Catch up on the latest news and activities from patient organisations across Europe.

The first days of November were very special in Europe. PHA Europe kicked-off the month with their Annual Pulmonary Hypertension European Conference (APHEC). This was the first face-to-face conference since the COVID-19 pandemic. They had the chance to learn from key PH opinion leaders about the new guidelines on PH, got an insight of “what is in the pipeline” from pharmaceutical partners and met their fellow patients to have nice, fun talks and share thoughts and best practices. 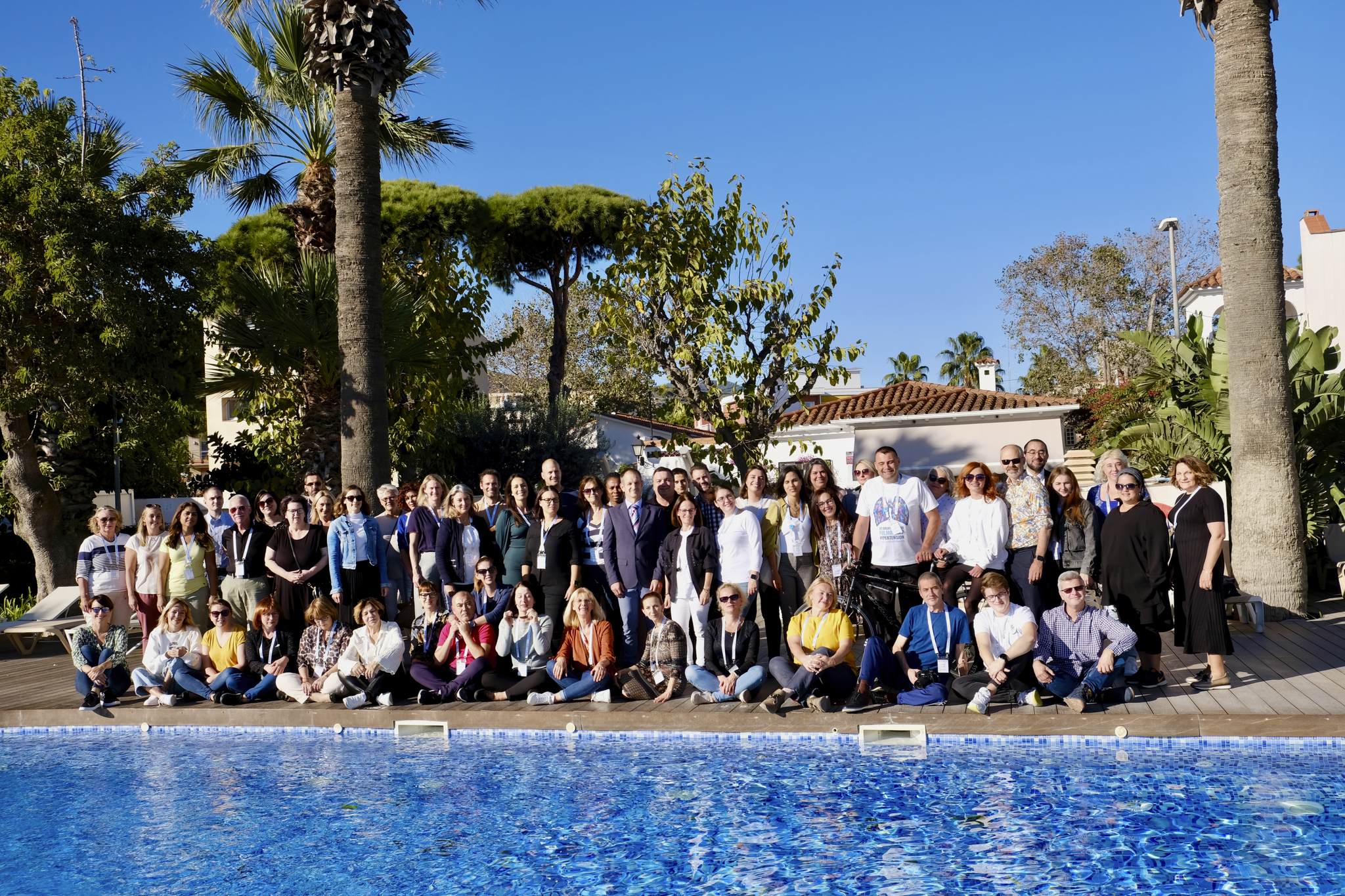 4,300 people from Greece and other European countries attended the conference. It was supported by ELF, CF Europe, the Hellenic Pulmonology Society and the Hellenic Pediatric Pulmonology Society. During the Conference, specialised CF doctors and scientists gave interesting presentations about CF. CF patients and parents shared their personal stories and experiences of living with CF. At the end of the Conference, the President of HCFA, Anna Spinou, presented the 40 years of action of the Association that have changed CF in Greece. 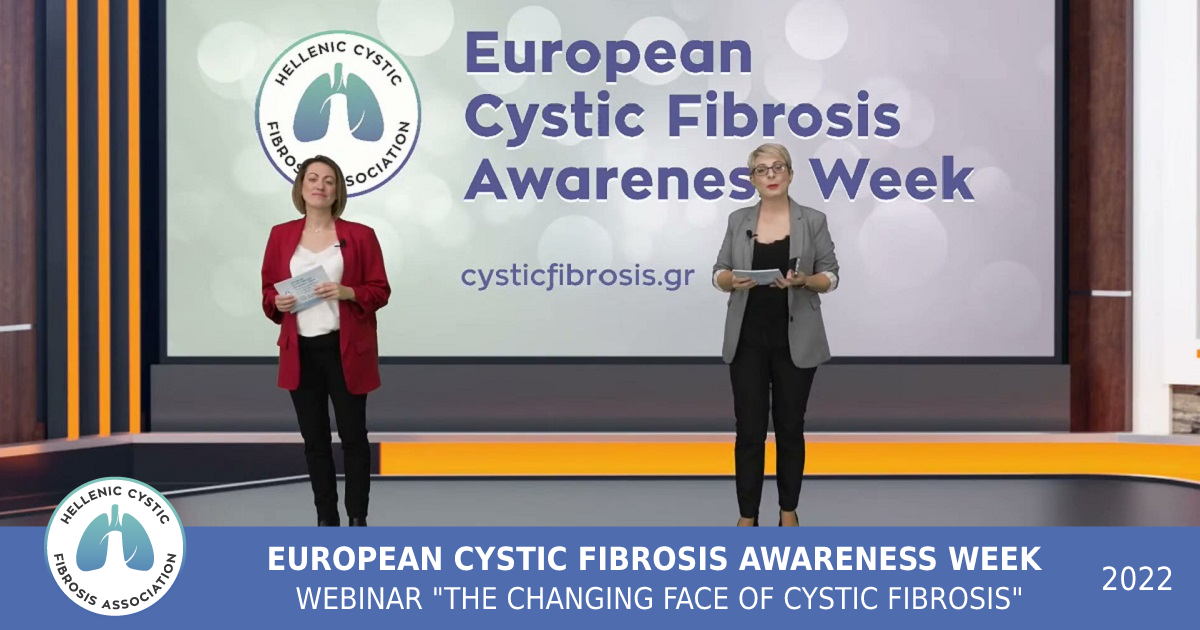 The Greek CF team participated in the biggest sports event in Greece. Young and old CF runners participated in the 5-kilometre race of the 39th Authentic Athens Marathon. They wore the new CF t-shirt to spread the message of “Unlimited Breath for Cystic Fibrosis” across the country. 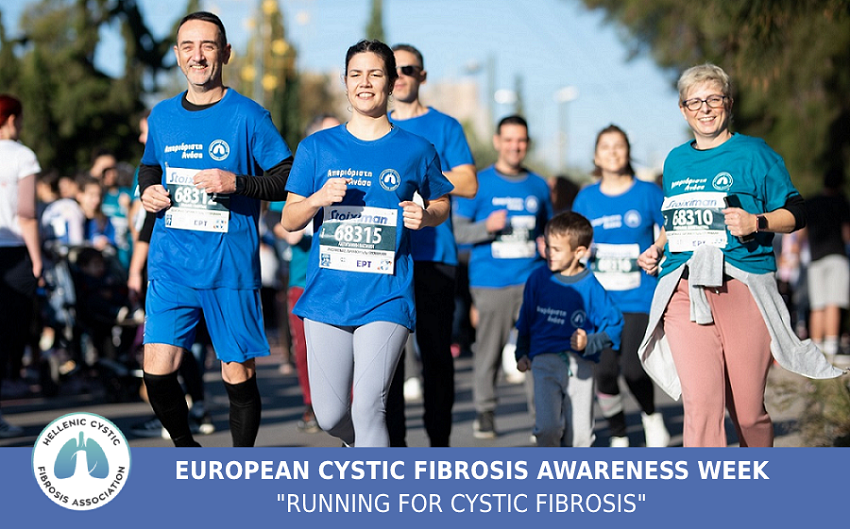 EUFOREA also announces an open call for patients with asthma, allergic rhinitis, and chronic rhinosinusitis with nasal polyps to join its expanding international patient advisory board. Learn more about how you can get involved here: https://www.euforea.eu/patient-advisory-board.

The Respiralia Foundation organised the event “Rose of the Sea Festival against Cystic Fibrosis” for the first time since 2018.

They presented the Rose of the Sea award to Dr. Amparo Solé for her career in the fight against cystic fibrosis. The Foundation raised €2,100. 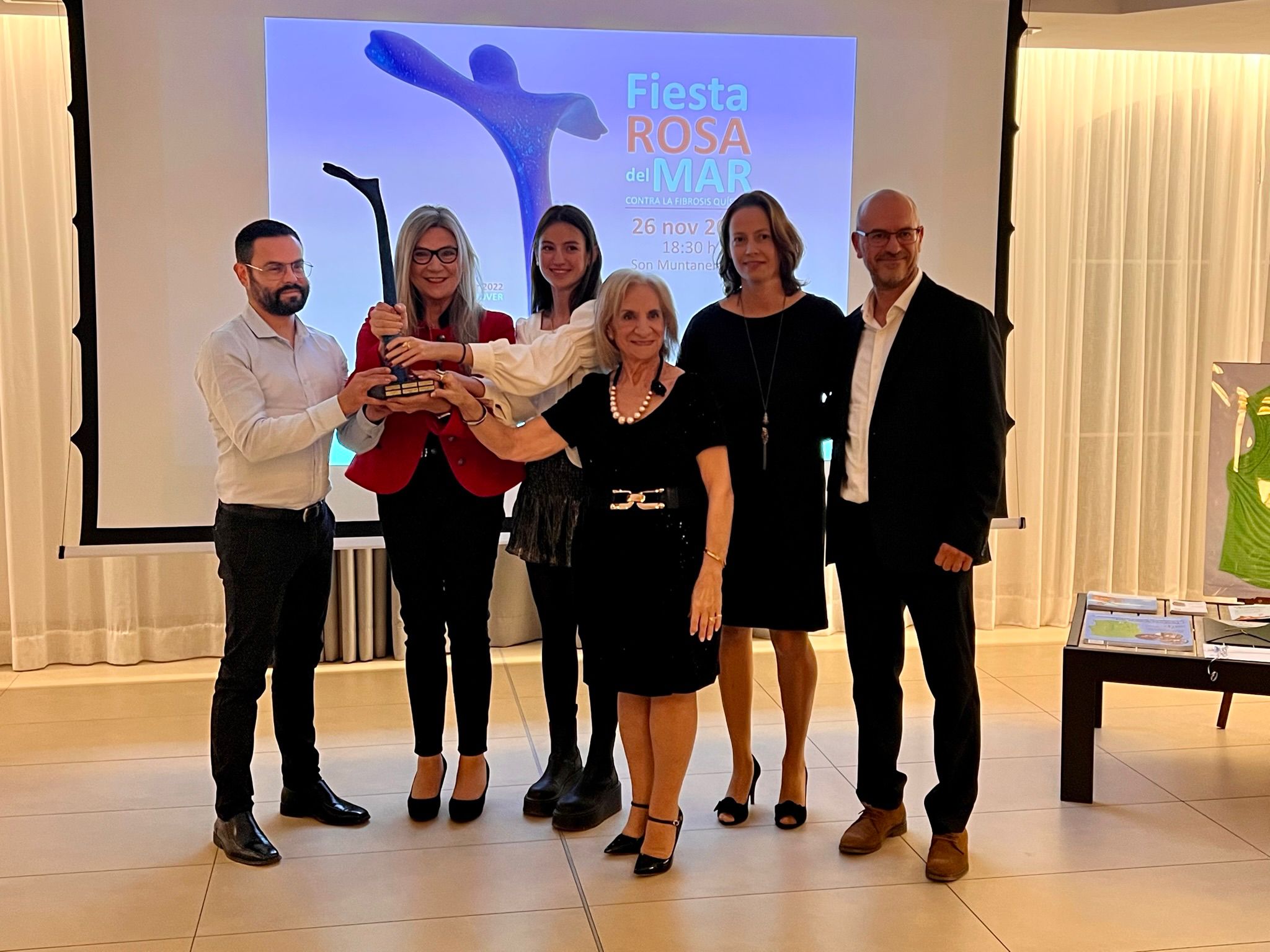 On 13 November, FairLife Lung Cancer Care (LCC) ran the Authentic Marathon Race of Athens, along with Christos Apostolakos, to spread his empowering message against lung cancer. Christos is a friend of FairLife and a lover of life and physical exercise. By crossing the finish line of the 5-kilometre route, Christos defies lung cancer and opens the road to optimism, perseverance and the determination to Live!

FairLife held its second scientific conference, entitled  “Lung Cancer in the Age of Innovation – the importance of  early screening, new therapeutic approaches  – A modern approach to molecular testing and clinical studies in Greece” on 23 November. It was hosted at the B&E (Basil and Elise) Goulandris Foundation. Over 50 representatives from the scientific and research community in Greece and abroad addressed:

The Spanish National Association of Patients with Chronic Obstructive Pulmonary Disease (APEPOC) has activated all its available resources in celebration of World COPD Day (16 November 2022). More than 50 places throughout Spain, including monuments, public institutional buildings, churches, squares, streets and fountains, were illuminated in gold/orange, the visual and chromatic symbol of COPD.

APEPOC also requested the collaboration of its 30 ‘COPD Ambassadors’ among national and regional deputies, to share posters and disseminate messages on social networks. APEPOC recently launched the campaign “Patients who comply, win. #COPD Commitment”. The aim is to raise awareness among patients about the importance of following treatment and the doctor’s instructions, known as “adherence to treatment”. 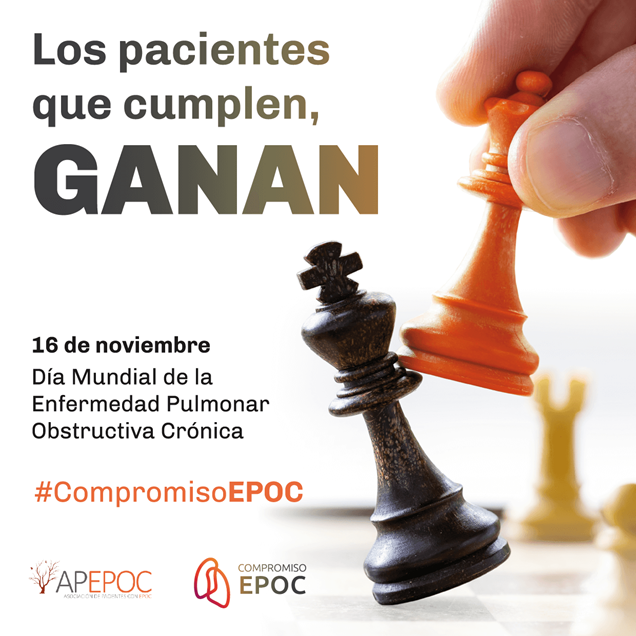 Aspergillosis Trust talks to press about dangers of mould in homes

In the UK, the news has been full of the terrible story of 2-year-old Awaab, who sadly passed away from a mould/fungus infection. You can read more about this here.

The Aspergillosis Trust (AT) has been busy answering questions from the press and public about mould and aspergillosis. They have had one article published in The Daily Mail newspaper so far, which highlighted the case for vigilance where any mould around the home is concerned. Read the article here.

This news shows the state some rented properties are in and is just one example of the causes of aspergillosis. As a charity, AT is glad that this issue has finally been highlighted and brought to the public’s attention. They are determined to spread awareness of aspergillosis and all its causes and complications so that no more folks have to live in such conditions.

The first of these was an online webinar on chronic thromboembolic pulmonary hypertension (CTEPH) delivered by two leading professors in the field: Professors Zeynep Pınar Onen and Bedrettin Yıldızeli. This well-attended event was very informative on the origins of, solutions for and prognosis of CTEPH. 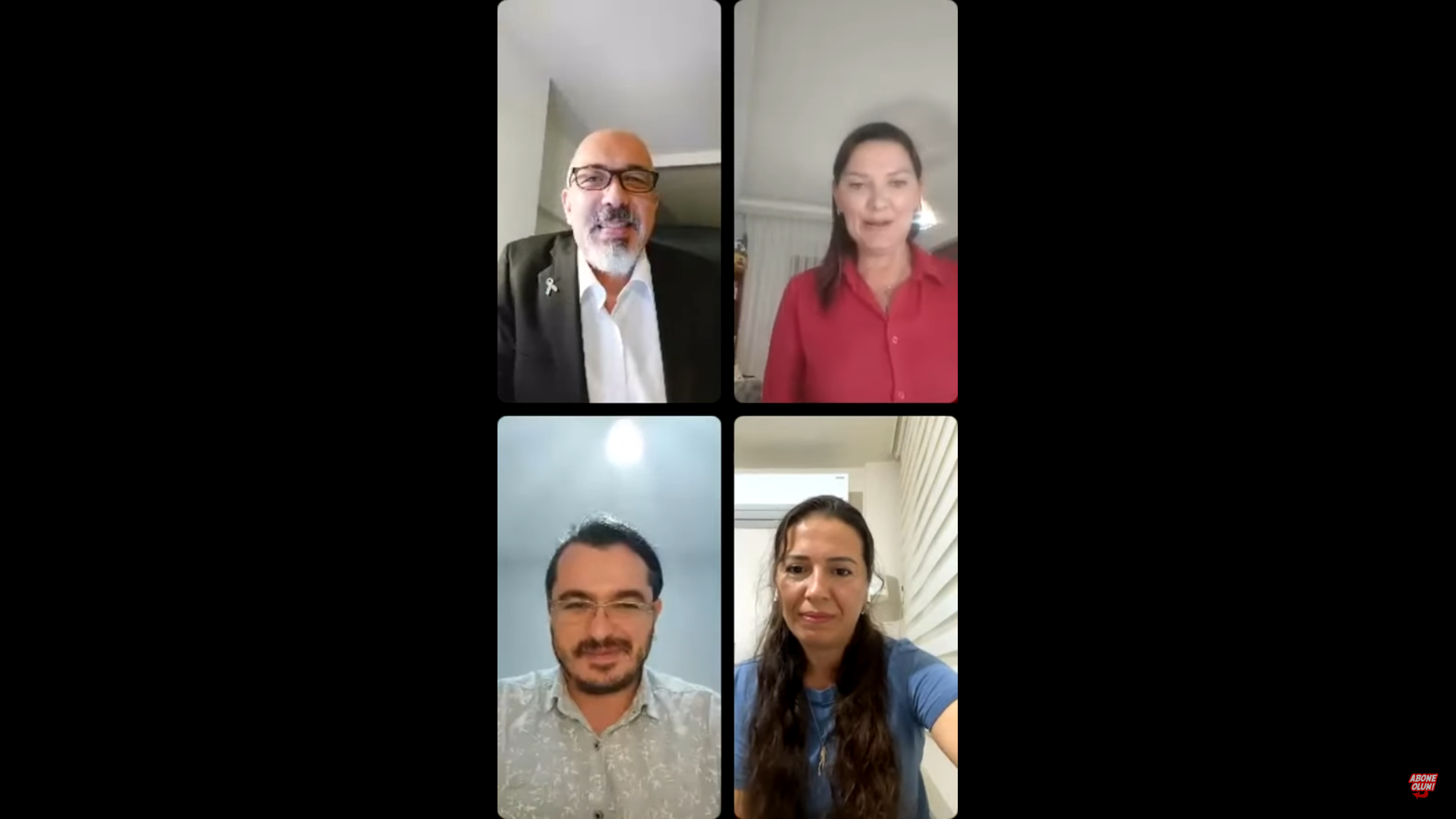 PAHSSc also took part in a breath challenge where participants competed against Turkey’s world record holder in free diving, Derya Can. The event was spread over a week and people challenged one another to count while holding their breath.

The highlight of November was a very visual event where two of the Istanbul bridges that connect Asia and Europe were lit in purple to commemorate PH. 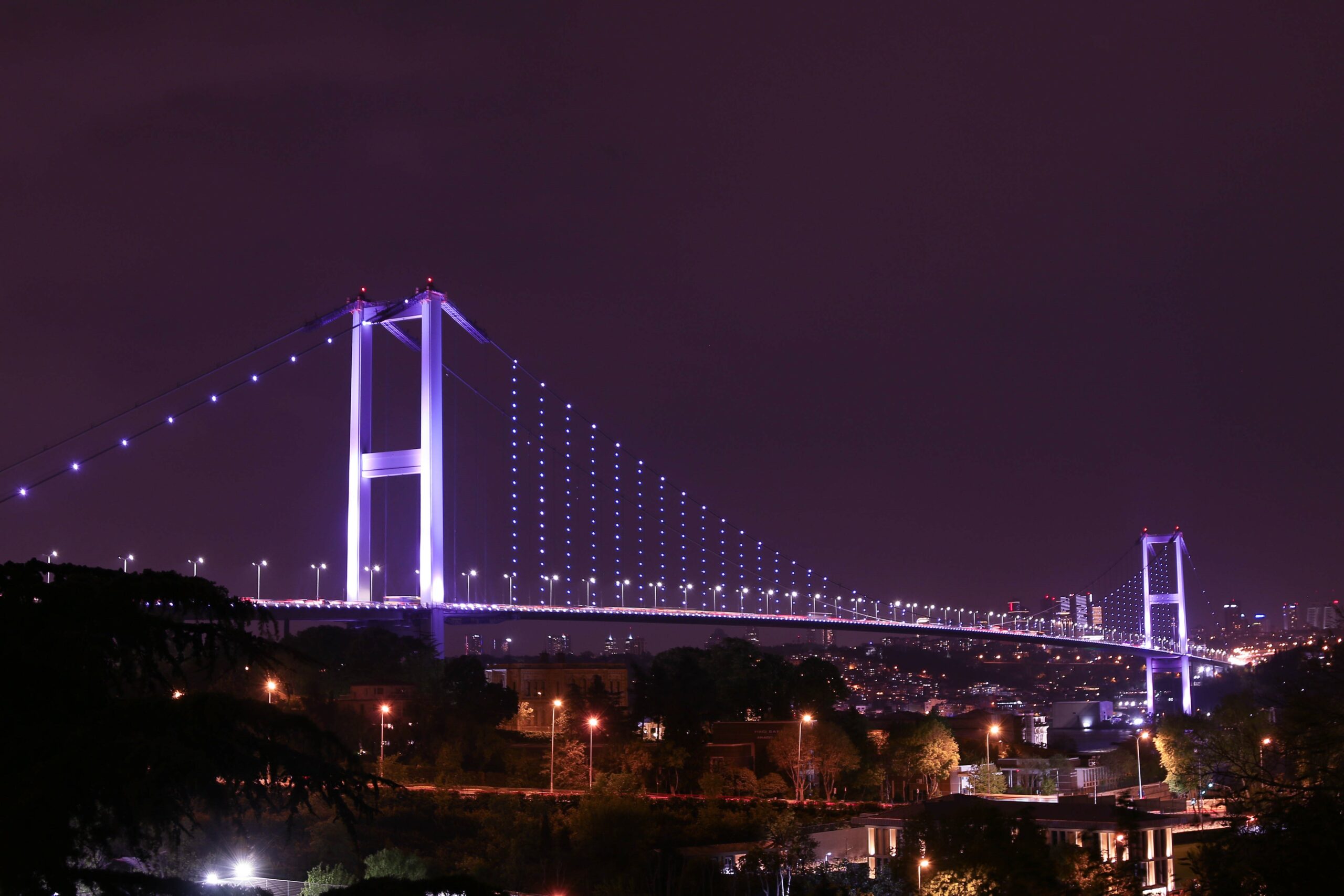 The final event this month was a campaign where patients thanked their doctors and PH centres publicly with the hope that the Ministry of Health would also acknowledge them.

PAHSSc also assisted patients who could not reach their medication because of bureaucratic changes. Thankfully, the issue was resolved in late November.

On 22-23 October, GAAPP (Global Allergy and Airways Patient Platform) held a first-of-its-kind regional summit called SAREAL (Spanish acronym for ‘Respiratory Health, Allergy, and Atopy Summit’) in Panama. GAAPP invited 15 patient advocacy groups to participate. The aim of the summit was to make a joint road map for advocacy and policy-making. 12 countries were represented and signed a joint declaration. The Latin Society of Pulmonary Hypertension, who is also part of the ELF Patient Organisation Network, participated in this summit. Find out more. 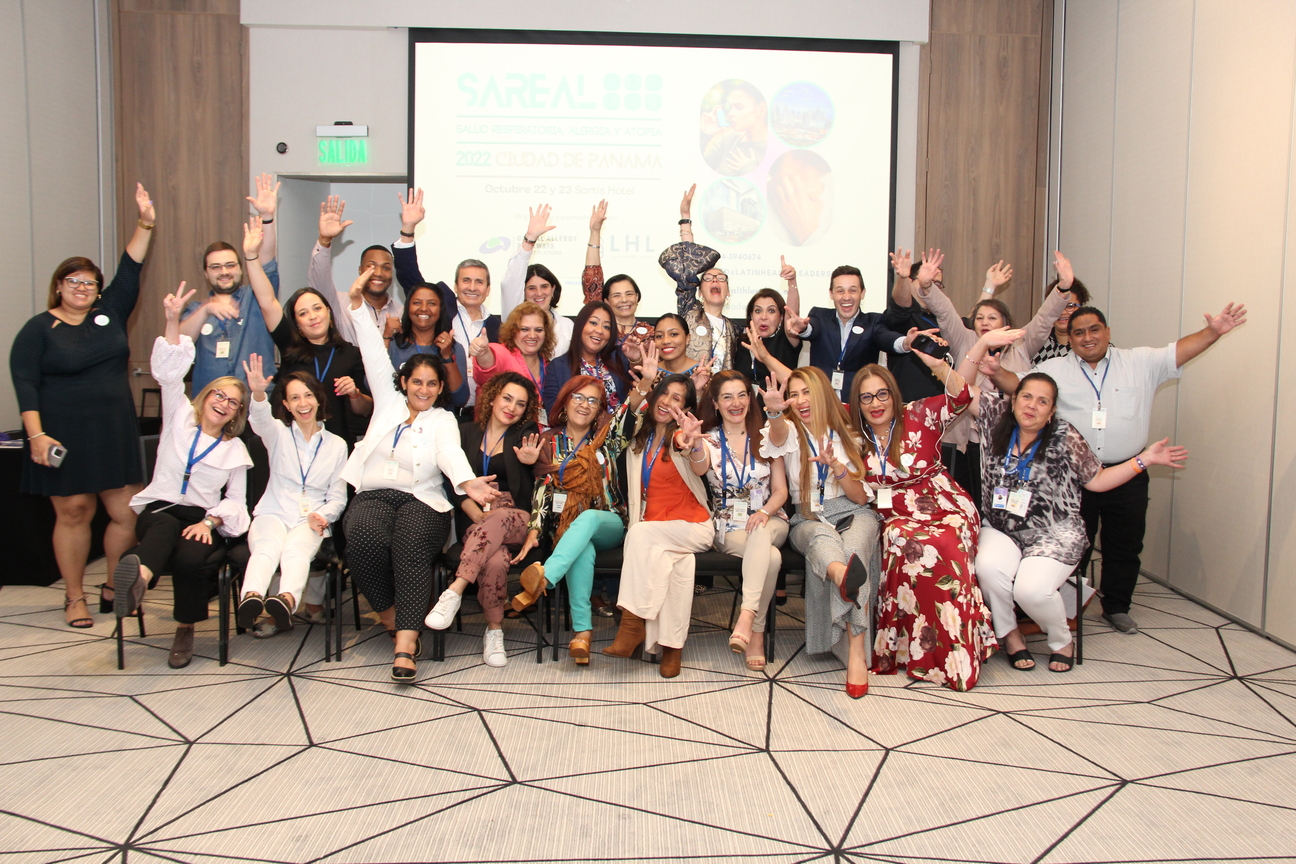 Following this, GAAPP launched 2 digital advocacy campaigns for COPD with a communication grant to help their member organisations to spread the word:

In the framework of World Lung Day 2022, the Lovexair Foundation organised the HappyAir event in Tlalpán, Mexico.

25 healthcare professionals were trained for this initiative and more than 148 people were evaluated with a lung health assessment, socio-demographical screening and a spirometry test. They also received a personalised report of their test results to share with their doctors and healthcare teams.

Lovexair emphasises the need to carry out these activities to promote awareness, education, prevention, and better management of lung health for communities.

Watch a video of the event.

European CF Week (21-27 November) aims to raise awareness of the disease and demand that all people with CF have access to the necessary treatments. This objective is related to the goals of SDG 3 “Good health and well-being” and has been the first of those chosen by the FEFQ to give visibility to this campaign.

SDG 4 on “Quality education”, SDG 5 on “Gender equality”, SDG 12 on “Responsible consumption and production” and SDG 17 on “Partnerships for the goals” will also be presented.

Under the slogan “Building the future with you”, the FEFQ wanted to highlight the work carried out by the Federation and its associations to advance in the 2030 Agenda and in the construction of a more egalitarian, environmentally, socially and economically sustainable world.

On 10 November 2022, SarcoidosisUK hosted their first-ever Sarcoidosis of the Eye Patient Day. They welcomed Mark Westcott, Dr Tarunya Arun, Dr Tas Braithwaite and Professor Carlos Pavesio, who gave fantastic patient-centred talks about sarcoidosis affecting the eyes. If you missed any of the talks, or would like to watch them again, the recordings and transcripts for each session are now available on SarcoidosisUK’s Patient Day Hub.

According to new research, cost is the main barrier for people not attending doctor’s appointments to get early lung cancer symptoms checked. 1 in 5 people said the cost of a doctor’s visit would prevent them from going to an appointment to have worrying signs checked. 3 in 5 people also said their financial situation is worse now than it was 12 months ago.

The survey also found that 1 in 2 people are not confident in spotting the early signs of lung cancer, with younger people being least aware of the signs and symptoms of this disease.

Throughout November, the Irish Cancer Society ran a free Lung Health Roadshow in shopping centres throughout the country. The aims of the roadshow was to help the public identify symptoms they should not ignore and to reduce the likelihood of cost as a barrier to healthcare. The roadshow gives the public the opportunity to get a free health check and have a conversation with a nurse about their lung health. Referrals for a doctor’s appointment were arranged where further help was needed.

They now provide support for all five Health and Social Care Trusts in Northern Ireland, working with respiratory teams to help improve the lives of pulmonary fibrosis patients and their families.

The organisation is also releasing a song called “You Reached for my Hand” written to highlight the journey pulmonary fibrosis sufferers and their families face. You can listen to the song and watch the music video here.

Pulmonary Fibrosis NI continues to hold weekly meetings on Zoom, alternating between patients one week and carers the next, with a joint meeting at the end of the month including a guest speaker.

PHA USA is accepting abstract and speaker proposals for the 2023 PH Professional Network (PHPN) Symposium. The event is set for 28-30 September 2023, in Arlington, Virginia, USA. The theme is “PHoundation for a Brighter Future.” The deadline to submit a proposal is 16 January 2023 at 12:00pm EST (18:00 CET).

JEDRA (Croatian Lung Cancer Association) has launched a campaign called “Be the leading voice”. The campaign indicates the need to introduce an oncology care coordinator into the healthcare system. This would facilitate and simplify the treatment process for patients. Patients would receive timely help and support without getting lost in the labyrinth of health institutions and administration.

JEDRA held a panel discussion where experts discussed what the role of an oncology care coordinator would mean for the patient. After the panel, the string orchestra of the Academy of Music in Zagreb performed the composition of W.A. Mozart in F major, Kv138, Allegro with and without a conductor. This was intended to show how the path of an oncology patient through the system looks with and without an oncology care coordinator. The aim was to emphasise the importance and purpose of this role in the treatment process.

Sevilla Respira collaborated in an initiative “Ciudades que inspiran” (“Cities that inspire”). A presentation about this initiative was given in Seville, Spain, with participation from the city’s Mayor, Antonio Muñoz. The initiative raises awareness among citizens and the city council of air quality, its impact on respiratory health and the importance of going to medical appointments. It aims to strengthen the cooperation between entities, patient associations and public administrations. Various activities were carried out at the presentation ceremony, such as spirometry testing by a pulmonologist, and questions from the public were recorded to find out their views and experiences. The presentation took place on 15 November ahead of World COPD Day, and focused on improving early COPD diagnosis.

Sevilla Respira’s documentary “Rompiendo Estigmas” (“Breaking stigmas”) was broadcast on Andalucian television and was posted on their digital platform.