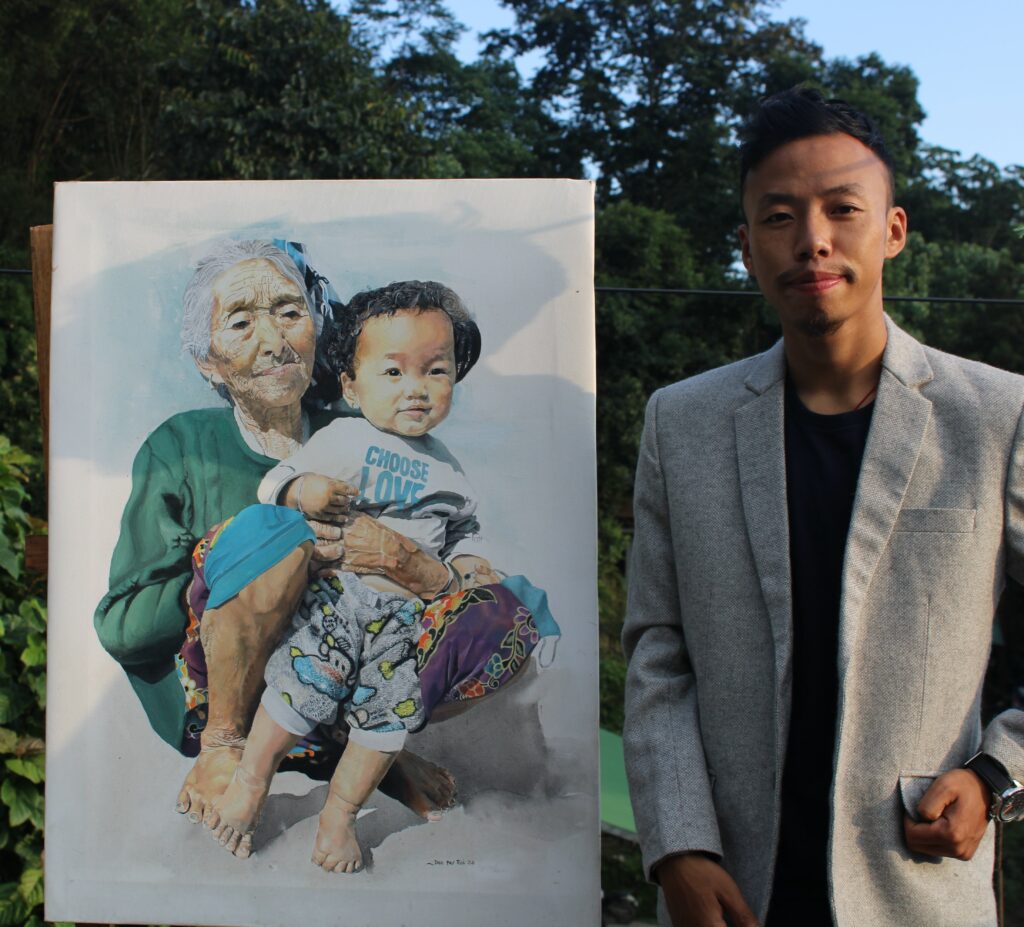 Today on World Lung Day (25 September 2020), we are delighted to announce that the winning piece of the Women with COPD Art Contest is My Grandma by Deo Prasad Rai.

The Women with COPD Art Contest was launched earlier this year in collaboration with Andrew McIvor from the Firestone Institute of Respiratory Health. The aim of the competition was to improve the representation of women with COPD (chronic obstructive pulmonary disease), who have historically been underrepresented compared to men.

We were overwhelmed with the high number of excellent pieces of artwork submitted for the competition. Among the 56 entries, a judging panel of women with COPD, respiratory healthcare professionals and world-renowned artists selected the top five. Since the beginning of September 2020, people have been voting for their favourite piece in a public vote.

More than 7,000 people voted, and My Grandma (pictured below) received the most votes. 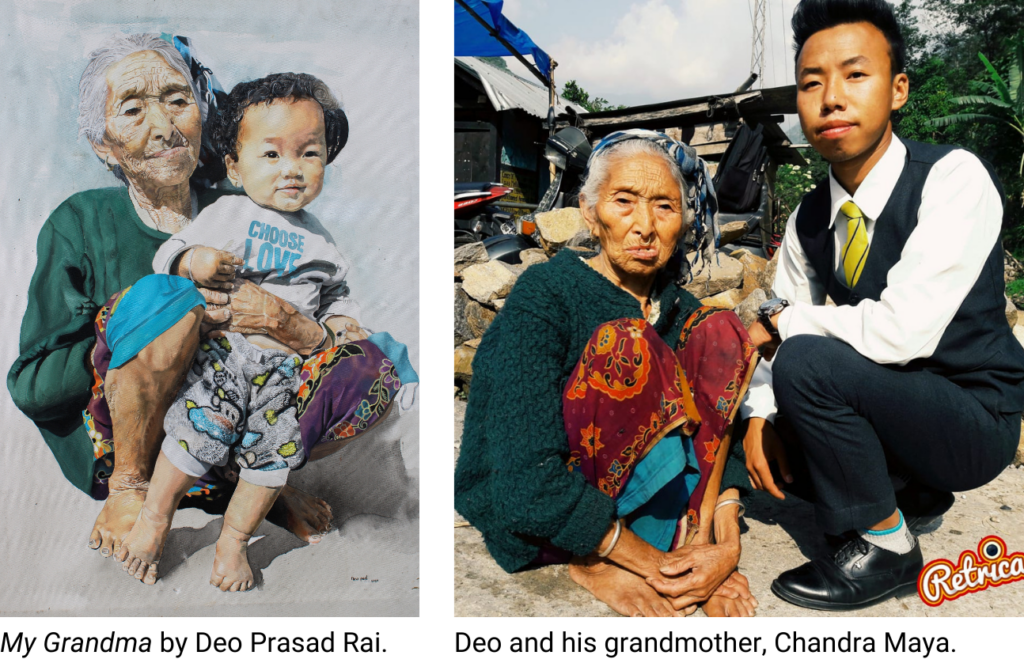 The winning piece was painted by Deo Prasad Rai from Sikkim, India. The artwork represents the artist’s grandma – 74-year-old Chandra Maya, who has been suffering from shortness of breath and chronic cough as a result of her COPD for many years. She was a long-term smoker, but while playing with her grandchild Ningwa she avoided smoking so that she did not put Ningwa at an increased risk of developing COPD in later life. The grandma’s unwell face in the painting portrays the suffering of women with COPD.

Deo Prasad Rai will receive a commission of €5,000 to produce a series of artwork representing women with lung conditions.

We would like to thank everyone who took part in the competition and who voted.

Below are the other four pieces that were included in the top five.