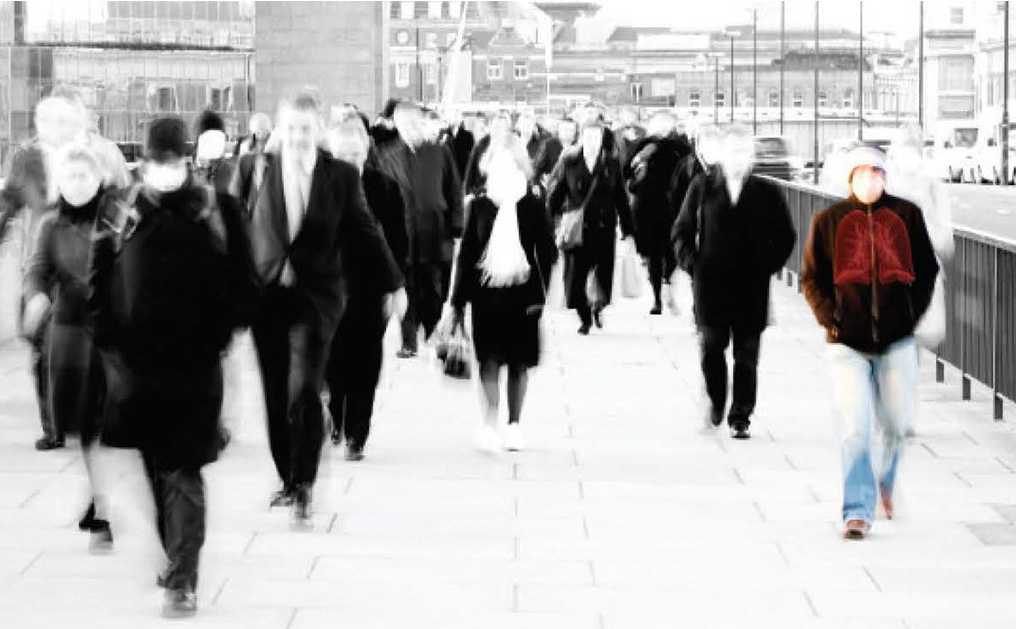 A rare disease is one that affects less than one person in every 2,000. This may sound like a very small number, but as there are 700 million people in Europe, one ‘rare’ disease could affect up to 350,000 Europeans; that’s almost the population of Malta. Examples of rare lung diseases are cystic fibrosis and alpha-1 antitrypsin deficiency. There are many rare lung diseases, so millions of people are likely to suffer from these. This is a major problem, as many rare diseases are serious and chronic, and they are often life-threatening.

What is the difference between ‘rare’ and ‘orphan’ diseases?

An ‘orphan’ disease is the name given to a disease that does not receive a lot of attention in the research world. It could also be a disease where there is no specific treatment. Patients can therefore feel ‘orphaned’ in the world of healthcare. Affected people may have difficulty in finding a doctor experienced in this disease, and the diagnosis is often frequently delayed. Many rare diseases are orphans, although some orphan diseases are not rare (e.g. some parasitic diseases in underdeveloped countries).

There is no exhaustive list of orphan lung diseases, however a large database can be found at www.orpha.net, a website devoted to these diseases. They can affect only the lungs (such as idiopathic pulmonary fibrosis), or they may affect other parts of the body too (such as systemic sclerosis). Examples of orphan lung diseases can be found on the next page of this factsheet.

A wide range of causes lie behind these diseases, but for many of them the cause is unknown. Some of these conditions are genetic. This means they can be passed from parents to children, although they may occur randomly because of gene damage (mutation). Other diseases can be caused by the immune system going wrong. Sometimes, orphan diseases stop being orphans as scientists begin to study them more intensely and treatment becomes available. This has happened to idiopathic pulmonary hypertension in the past few years.

Lymphangioleiomyomatosis is often called LAM for short. Almost all people who suffer from this condition are women of child-bearing age. Abnormal cells invade lung tissues, including the airways, and form cysts, destroying the healthy tissue and making holes in the lungs.

Symptoms: LAM makes breathing more and more difficult, and may cause sudden chest pain, because of a collapsed lung (pneumothorax). A computed tomography (CT scan) is needed for diagnosis.

Treatment: There is no current specific treatment, and doctors must try to reduce symptoms, for instance by giving oxygen. Drug therapy has been recently shown to slow the progression of disease in some patients. Women with advanced stages of the disease may need a lung transplant.

Systemic sclerosis (scleroderma) is a disease that can affect many parts of the body, including the lungs. Some people will have the disease only in certain areas of the body, such as their skin (scleroderma means ‘hard skin’). Whereas, other people have a more serious form called systemic sclerosis. This can affect the lungs, especially tiny air sacs in the lungs called alveoli and vessels, kidneys, heart and digestive tract. It is more common in women than in men, and is usually diagnosed between the ages of 30 and 50 years. The cause of the disease is unknown.

Symptoms: Scleroderma is a complicated disease, but doctors may look for skin that becomes progressively thick, and will have to do tests before they are sure someone has the disease. Lung problems can range from shortness of breath due to some kind of pulmonary fibrosis or pulmonary arterial hypertension, which is high blood pressure in the vessels that carry blood from the heart to the lungs.

Treatment: There is no cure for systemic sclerosis, but doctors try to treat the problems that it causes. In particular, there are drugs to treat pulmonary arterial hypertension. Some patients with pulmonary fibrosis are also given drugs to make their immune system less active.

Idiopathic chronic eosinophilic pneumonia (or ICEP), is an accumulation in the lungs of a type of white blood cell called eosinophils. The cause is not known. ICEP is twice as common in women as in men, and about half of the people who get it already have asthma and allergic rhinitis (an irritated nose and eyes, caused by allergy).

Symptoms: The symptoms of ICEP may not appear serious initially; so many patients are not diagnosed for some time after they become ill. Patients may have serious difficulty breathing and may wheeze or cough. They may feel weak, lose weight and sweat at night. The doctor may have to carry out a range of tests, such as X-rays and blood tests, to confirm diagnosis.

Treatment: Patients are usually given corticosteroids for several months or even years. The disease may recur once patients come off the drugs. Some patients may develop asthma (or more severe asthma if they already have the condition) after having ICEP.

Pulmonary alveolar proteinosis is also called PAP. In this disease, a grainy substance made mostly of fat and protein collects in the air sacs, or alveoli, of the lungs. The cause is usually due to problems with the immune system, although sometimes it can result from inhaling substances such as silica dust.

Symptoms: Like many other lung diseases, the symptoms can include a dry cough that will not go away, difficulty breathing, tiredness, weight loss and chest pain. To diagnose the disease the patient needs to have a computed tomography (CT) scan, blood tests and a fiberoptic bronchoscopy.

Treatment: The commonest treatment is to wash the grainy substance from the lungs, using a large amount of water under general anaesthesia. This is called ‘lavage’. Some patients may have to have this procedure on several occasions, while others may only need it once. Some patients are also given a substance called GM-CSF to to treat the disease, but this is still experimental. People with severe forms of pulmonary alveolar proteinosis may need a lung transplant.

Idiopathic pulmonary fibrosis (often called IPF) is a disease that usually begins between the ages of 60 and 75 years. Tissue deep inside the lungs starts to become scarred and thickened. This means that it is more difficult for the body to get enough oxygen especially during exercise. The cause of the disease is not known, although some forms of pulmonary fibrosis can be caused by drugs, inhaled asbestosis or other diseases (e.g. systemic sclerosis).

Symptoms: The symptoms of IPF include difficulty in breathing, cough and a crackling noise at auscultation (when a doctor uses a stethoscope to listen to someone’s chest). IPF can be hard to diagnose, because many of the symptoms and other signs are similar to those in other diseases.

Treatment: Patients may be given oxygen to improve their quality of life, but there is no cure for IPF and, sadly, many patients die within 3 to 5 years of being diagnosed.

Will my doctor know if I have a rare lung disease?

One problem with rare diseases is that family doctors may not recognise them. It is impossible for medical schools to teach doctors about all the many thousands of rare diseases that exist. This means that when a patient’s respiratory problems continue without a proper diagnosis, the family doctor should not hesitate to refer them to a specialist for further help. It is important that specialist respiratory doctors know enough to at least suspect that someone has a rare disease, so they can further be examined by an expert.

Is anything being done to improve care for people with rare lung diseases?

Governments in Europe and the USA have encouraged drug companies to look for treatments for orphan diseases, by offering financial and business incentives. This has led to some new treatments. Centres with expertise in rare lung diseases have been identified in many countries and can be found at www.orpha.net. Treatment for some rare diseases has also improved in other ways. Cystic fibrosis patients in many parts of the world now live longer thanks to better current treatment, and more research is being carried out into IPF. As well as this, drugs that are commonly used in other diseases, such as immunosuppressors and corticosteroids, could help to treat some rare diseases.

What organisations can offer support to people with rare lung diseases?

There is now a large number of patient organisations devoted to individual rare lung diseases. Often, these organisations work only with patients in a single country, especially because of language barriers. However, a good place to start looking for an organisation that helps people with a specific disease is the European Organisation for Rare Diseases (Eurordis). Its website contains the contact details of dozens of organisations that work on individual diseases or on rare diseases in general.

The size of patient organisations varies, but in many cases they provide support and information to patients, help to fund research, and also lobby so that other organisations and governments help patients.

Scientists and doctors have also taken an increased interest in rare lung diseases in recent years. Not many doctors see many patients with rare diseases and so doctors have joined forces to share information about rare diseases. Over time, this information may help to provide better diagnosis and treatment of these conditions.

This material was compiled with the help of V. Cottin and JF Cordier, Reference centre for rare pulmonary diseases, Lyon, France